Police spokesperson, CP Fred Enanga has Monday told reporters that Police had last week made arrangements to meet the family of Ronald Sebulime who was shot and killed by a Police officer, but the family shunned the meeting.

Sebulime was killed on March 24 following allegations that he was trailing ICT State Minister, Ida Nantaba while she was driving from Kayunga. The Minister alleged Sebulime had an intention of killing her.

On suspecting Sebulime, she alerted Naggalama Police Station whose officers followed him together with another person he had on a motorbike before arresting him from Nagojje. The account by Police is that the arresting officer handcuffed Sebulime  and moments later shot him dead.

Police condemned the act and has since arrested the officers involved including Cpl Ssali Edward, who was the car commander, PC Opira Ronald and No. PC Baganza Ronald. One of the crew members, Cherotich Robert is still on the run.

“The office of the Chief Political Commissar made attempts to meet the family of the late Sebulime Ronald. Last Friday we had an appointment with four family members with the assistance of Bulaga LC 1 including the two sisters, the mother and one brother in law, but they made us wait at the LC 1 up to 7pm and we had to come back,” Enanga told journalists.

He said since the matter is of a public interest and has been partly politicised, the “family could be finding itself in a dilemma on whether to work with the police or go with what probably the politicians are advising them”.

He made an appeal to the members of the family to put politics aside and work with the police to reach the epitome of the matter.

Police had taken Ssali to the scene of crime for further investigations.

In the ongoing investigations, Police says the three have been subjected to a mental checkup and are all found to be normal and that the biggest part is almost done.

“We have also gone ahead to obtain very detailed witness statements from the ground and I want to inform you that in the process of reconstructing the scene, we were able to pick the suspects, went with them up to Nagojje and the public almost lynched Cpl Oscar for what really happened but we were able to secure his safety,” Enanga said.

Enanga said that Police made a request to mobile companies MTN and Airtel to avail phone data records for the deceased and the officers moments to and after the incident and that they have so far only received those from MTN and still await Airtel to submit theirs.

He said that data will help them find out “if at all there was any communication before and after this incident happened” adding that the three guns which were in possession of the Police officers are also under analysis.

The Police spokesperson added that by Tuesday or Wednesday, the file will be ready for submission to the Directorate of Public Prosecution (DPP).

“It is then that we shall know which charges can be preferred against them, but for the case of murder charges, we know that the evidence is very sufficient,” Enanga said.

Meanwhile, Police had invited Minister Nantaba to the CID headquarters in Kibuli to record a statement on her allegations that Sebulime wanted to kill her, but in response, she objected saying she was under President Museveni’s directives to remain “confined” in her home until he (President) instructs otherwise.

She said if Police needs a statement from her, they should travel to her place and record it from there.

As such Enanga says Police has forwarded her response to the Minister of Internal Affairs to verify its correctness and advise on the next course of action.

He as well said, the development has put a halt in the police investigations in her case where she is a complainant.

“We are being hindered by the fact that she has not yet volunteered to report and record a statement with the police. She acknowledged receipt of our invitation to report last Friday for her statement which would help us expand investigations in the threats that claimed were directed towards her,” he said.

“Through that line, we acknowledged her response to the CID and the contents were self-explanatory which required the police also to seek further guidance and clarification through our line minister for Internal affairs,” Enanga added, saying Police now awaits communication from the minister on the way forward.

He however said Police doesn’t encourage taking statements from people’s homes because of the distractions and interruptions it comes with. 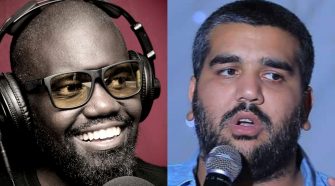