Opposition Forum for Democratic Change (FDC) party has appealed to all its supporters in Busia to vote for Democratic Party’s Deo Njoki for the Busia LC 5 Chairperson seat.

The decision by the party to swing their support behind the DP’s candidate was announced by the party Deputy Secretary General, Harold Kaija while addressing the media in Kampala.

In the last general elections, Njoki lost elections to the ruling NRM candidate, Ouma Adeya but contested his victory in courts of law over election malpractice which case was ruled in his favour.

“We call upon all our supporters to rally behind DP’s Njoki for the position of LC 5 Chairperson, however, vote for the FDC candidates for the other positions,” Kaija said.

The nomination of candidates is slated to start tomorrow Tuesday hence FDC has urged all its supporters to vote in favour of Njoki.

According to the National Electoral Commission roadmap, there shall be a display of the Voters’ Register for 10 days beginning Monday 5 to Wednesday November 14.

The district shall then go to polls on 27th November (for councillors) and 28th November, 2018 (for LC V Chairperson).

It is on the above note that Kaija has cautioned the Electoral Commission, Police and army to restrain from being partisan since management of elections is central in achieving progress, stability and development of the country.

In addition, Kaija urged Police to refrain from intimidating opposition supporters and leaders in the said districts. 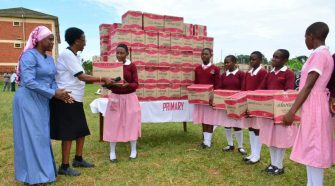