There have been mixed reactions following the attendance of the Independence Day Celebrations by the Forum for Democratic Change (FDC) Secretary General, Nathan Nandala Mafabi in Sironko district last week.

Nandala’s action has been viewed by some sections of the opposition as a boycott of the FDC’s parallel Independence Day celebrations that were held at the party headquarters in Najjanankumbi.

Opposition legislator, Betty Nambooze publicly castigated Mafabi for being part of the event that was presided over by President Yoweri Museveni. She claims the opposition boycotts such events simply because they have often times been hijacked by NRM to further its agenda.

However, others have maintained that Nandala’s action was normal and doesn’t make him less of an opposition member.

It should be noted that FDC has on several occasions barred its members from attending events attended by President Yoweri Museveni. The members have gone ahead to black mail and regard other opposition figures who attend such functions as opposition moles.

During the party’s weekly press briefing, the party Spokesperson, Ibrahim Semujju Nganda who never wanted to address himself on the matter told journalists that party leaders sat and resolved the matter internally.

“I have already addressed that matter, the FDC National Executive Committee sat on Friday over that matter and resolved it. The resolution was for internal consumption,” Semujju said.

When asked to comment on allegations that Mafabi has been secretly suspended by the party leadership, Semujju said that he is not aware of such a decision, noting that if it were the case, Mafabi wouldn’t have been appointed to head the process of building party structures in Karamoja region.

On why a number of party Members of Parliament didn’t attend the Independence Day celebrations organized by FDC, Semujju said that attendance of party functions is not compulsory to any member.

“Attendance of FDC functions is not compulsory, we issue invitations to FDC leaders and those who are available will come and attend, we would like everybody to attend but those decisions are personal,” Semujju said. 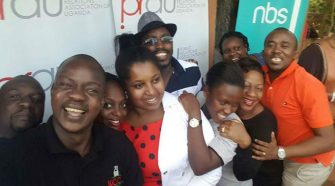