Opposition party Forum for Democratic Change (FDC) has expressed reservations against a proposal by the National Resistance Movement (NRM) that candidates seeking to run for Presidency or Parliamentary seats must disclose their source of campaign funding.

Representatives from the leading opposition party in the country challenged the proposal while they appeared before the Legal and Parliamentary Affairs committee that is currently handling Electoral Reforms Bills as tabled before Parliament by government.

While appearing before the committee on Tuesday this week, the NRM Secretary General, Justine Kasule Lubumba was alive to a proposal that candidates at both Presidential and Parliamentary levels should first declare their source of campaign funds.

Lumumba as well highlighted the need to set a limit of how much each candidate should spend during campaigns so as to reduce on the increased commercialization of elections in the country.

However, on appearing before the committee on Wednesday, FDC Secretary General, Nathan Nandala Mafabi disagreed with the proposal, noting however it would be improper to set a limit of funds that must be spent in an election.

He proposed that the law instead focuses on putting in place stringent measures against those who have access to public funds to restrict them from using such funds.

He added that the law should look into those who may get funds from terrorists and through money laundering.

“NRM always gets its funding from public funds but they don’t want to admit, others get funds from wherever. We should be looking at those who are using taxpayers money, money from terrorists, money laundering among others,” Nandala said.

FDC also proposed that the law bans ferrying of voters by candidates on voting day.Nandala said that this vice is associated to vote rigging and bribery as it compromises the choice of the voter.

The committee is currently receiving submissions from different stakeholders over the proposed electoral reforms.

“We need to make transporting a person to a polling station, whether in a car of boda boda, an offense. Why should people be transported to an election polling station? This is one of the areas where bribery takes place and anybody who participates in this should be held accountable,” Nandala proposed. 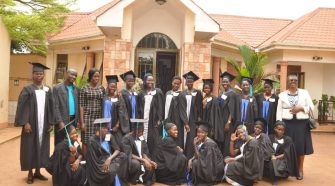