Forum for Democratic change (FDC) National Executive Committee has deferred the date for party presidential elections from November 17 to November 24.

“We had initially gazetted November 17 as the date on which our delegates’ conference would be held at Mandela National Stadium. But, we will also participate in the LC1 elections to be held on a date that collides with our party elections. Our grassroots leaders need ample time to participate in LC1 elections,” Mr Kaija told the media.

Uganda Electoral Commission set the polls date for election of the village chairperson (LCI) on November 21 and parish chairperson (LC11) on December 7.

Deferral of FDC polls has been made at a time all party president candidates all embarked on campaigning. Incumbent Gen Mugisha Muntu, Kawempe South MP Mubarak Munyagwa, former Kumi MP Patrick Amuriat, Dan Matsiko and Moses Byamugisha have all been traversing the country seeking support. 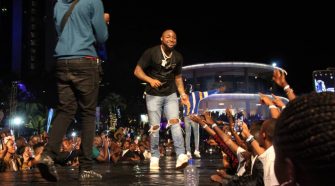