Kampala Woman Member of Parliament, Nabilah Naggayi Ssempala will not stand on the Forum for Democratic Change (FDC) ticket in next year’s election after the party rejected her expression of interest forms on Wednesday morning.

Nabilah, 48, who joined Parliament in 2006 and has served three terms, recently announced that she wouldn’t contest again for the Parliamentary seat, but will instead opt for Kampala Mayorship, currently occupied by Erias Lukwago. Lukwago is a close ally of FDC’s former President, Dr Kizza Besigye.

Nabilah says he picked the expression of interest forms for the position only to be shocked on Wednesday when they were rejected by the party’s acting FDC EC Chairman, Toterebuka Bamwenda on grounds that she was late.

“Her forms have been rejected because she came late, she is time bad. We closed the process of receiving expression of interest forms for all elective positions except for presidential aspirants yesterday at 5pm,” Kikonyogo says.

Kikonyogo says Nabilah can now only stand either as an independent candidate or through other political parties.

Asked whether the party couldn’t adjust their time frame to allow her submit the forms, the soft-spoken party mouthpiece said: “It is too late for her. For us in FDC, we respect decisions by the institutions of the party and so, we don’t beseech anyone given their positions or anything. Nobody is above the party rules.”

It is however not clear whether the lawmaker was not informed about the deadline for returning the forms. Our efforts to reach Nabilah for a comment were futile since all her known telephone contacts were out of reach.

It should be remembered that Nabilah in April last year announced that she would support youthful MP and ‘People Power’ leader, Robert Kyagulanyi Ssentamu for President not Dr Kizza Besigye in case he stands.

Nabilah said “political space is not a deceiving mechanism that empowers a few its Rotational.”

“The power of leadership that derives from the control of mass support is momentarily given to one leader at a time in Uganda but it is not given up forever. Popular or preferred Leadership, (opposition to the status quo)has been following a certain pattern,” she noted.

The Kampala legislator said that past popular opposition politicians like Benedicto Kiwanuka, Yusuf Lule, Paul Kawanga Ssemogerere also dominated control of the masses at their times, saying now Bobi Wine, whom she described as a star, controls the masses.

It’s an act of trust a people embark on, believing in someone else’s wisdom to administer the truth when the right moment comes, she said.

“And it’s a mystery how Ugandans bestow that honour on an individual,” she said, adding that former Kampala Mayor, Nasser Ntege Ssebaggala occupied that space from 1998 to 2006 whereas Kizza Besigye occupied it from 2006 to 2017.

“Fast forward today, the brand Ambassador for that coveted position is Hon Robert Kyagulanyi Sentamu aka Bobi Wine. Pop Artist turned Politician. He is the star and the rest will just settle for star dust”

“Favour is an elusive variable and God bestows it on anyone that he chooses. It’s not a debate but a fact and God rarely asks for man’s opinion if ever,” she added.

The law maker had allegedly presented that he had been cleared by the FDC National EC to participate in party primaries, a claim that District party leaders refuted on grounds that there was no evidence to the effect. 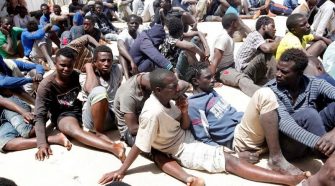