The Spokesperson of the opposition Forum for Democratic Change (FDC) has responded to public criticism against the new cabinet reshuffle of the so-called ‘People’s Government’ whose President is the FDC former President, Rtd. Col. Kizza Besigye.

Others like Wasswa Birigwa, Ken Lukyamuzi, Patrick Amuriat (FDC President) and Betty Aol Ocan (Leader of Opposition in Parliament) will serve on what is called the Presidential Council of State.

Speaker is Oduma Okello, Minister for Presidency is Wafula Ogutu with Francis Mwijukye as Junior Minister, State Minister for Internal Affairs is Mubarak Munyagwa while Nadala Mafaabi is in charge of Finance. Information Minister is Betty Nambooze and the one charged with Youths and Sports is Allan Sewanyana.

The cabinet has left many Ugandans wondering whether Besigye’s so-called government has achieved any tangible results since its formation in 2016. The ‘government’ had set out with the major aim of reclaiming the allegedly stolen victory by President Museveni in the general elections.

Addressing the media at the FDC headquarters in Najjanankumbi on Monday, Semujju noted that ‘People’s Government’ was formed with the main duty of empowering citizens, raising civic awareness and mobilizing the populace to engage in non-violent actions that seek to weaken the Museveni regime.

Semujju said that the decision to form a people’s government was reached by the FDC and other political platforms that sponsored and supported the candidature of Dr. Kizza Besigye during the 2016 general elections which they believe Besigye won.

“Mr. Museveni tampered with the outcome of these elections like he had done before and got the Electoral Commission to declare him a winner. We were accorded no opportunity to legally challenge this declaration as our candidate was kidnapped from Kampala streets and flown to Moroto by Kale Kayihura (former Inspector General of Police) who was latern flown back to Kampala and charged with treason and locked in Luzira Prison,” Semujju said.

He narrated that several other senior FDC leaders were put under house arrest and that President Museveni went ahead to be sworn in as the President.

“We then sat here and agreed to disregard the fraudulent results but form a People’s Government which has been in place since then. This is a liberation outfit designed to wrestle people’s sovereignty from a military leader,” Semujju added.

He added that the People’s Government is a government of national unity and draws leaders from various political formations.

“It is still growing and all democracy seeking forces are invited to embrace it. As you see, many other countries such as Kenya and Venezuela have since learnt from us,” Semujju added.

The latest appointments by Besigye come over a year after the four-time Presidential candidate announced that ‘People’s Government’ would swear into office people that will constitute it, as part of their campaign to restore the constitution of Uganda. He said this in January 2018 while he and other leaders in the opposition were launching a campaign dubbed ‘Tubalemese’ (Let’s disable government) to counter the amendment of the constitution to scrap Presidential age limits.

Besigye said ‘the people’s government’ was embarking on awakening Ugandans as well as to intensify the process of organizing the citizenry to take back their power.

“We intend to crystalize our structures and the People’s Government will be formally sworn in so that they commit themselves to serving the country,” Besigye told reporters at the time.

He said the so-called government will be at the district, regional and national level, adding that the opposition had plans to form what they called People’s Assemblies which will from time to time deliberate on various issues of national interest. 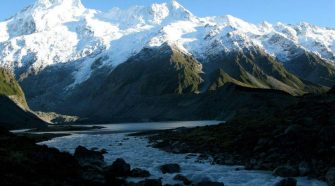