Opposition party Forum for Democratic Change FDC is set to unveil a series of countrywide activities in a bid to stop the amendment of the constitution.

Addressing a news conference at the party headquarters in Najjankumbi on Monday, the party Secretary General Nathan Nandala Mafabi said they will protest the lifting of the presidential age limit in major towns throughout the country.

” If we fail to stop this rape of our constitution, every business, social freedom,  democracy, and access to equal opportunities will suffer devastating effects,” Nandala Mafabi said.

Party chairperson Ambassador Wasswa Birigwa appealed to the young generation to fight against people who he said only care about their stomachs and their relatives.

“Young people should wake up and fight for their generation or else it is wasted,” he said.

The opposition politicians warned police against interference into their activities.

NRM caucus members last week revealed they are ready to table a private members bill so as to ammend article 102 (b) of the Constitution attracting backlash from the public especially opposition politicians. 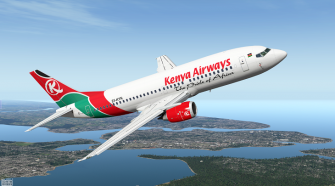