After expressing readiness and willingness to take up the leadership of the Interparty Organisation for Dialogue (IPOD), the Forum for Democratic Change (FDC) has asked their counterpart of the Democratic Party to handover IPOD instruments of power with immediate effect.

Addressing the weekly presser in Kampala, Semujju reiterated FDC’s earlier position, noting that the six-month term for DP ended in September. He said DP ought to hand over all IPOD instruments and reports.

“The FDC is the legitimate leader of the IPOD as per our Memorandum of Understanding, whoever purports to be an IPOD leader is a masquerader who should be dismissed with all contempt,” Semujju said.

Semujju noted that the party has already outlined its agenda as IPOD leader which they will share with other IPOD members.

“Top on the agenda is a discussion on Mr. Museveni’s departure and formation of a transitional government that should preside over the next general elections. We must not first shed blood like it happened recently in Ethiopia and Sudan for Museveni to know the country is ripe for a change,” Semujju said.

He added that IPOD was majorly formed to ensure peaceful transition and regime change in the country.

“Financing political parties is important but it becomes irrelevant when their bonafide activities are brutally dispersed. Our discussion with Museveni should centre on his departure and not government financing of political parties. The next leader should discuss and implement political parties’ financing,” he noted.

Last week, the DP party president, Norbert Mao, disregarded Semujju’s statements, noting that he couldn’t respond to Semujju since he has no clear knowledge on the operations of IPOD.

He said he, a President of a party, would not reduce himself to the level of making counter-statements with Semujju who is a mere spokesperson of a party.

He said he would handle the IPOD matters with in the incoming summit chairman and FDC President, Patrick Amuriat Oboi.

It should be recalled that FDC has consistently been absent in IPOD engagements, citing the absence of a leveled political playing field.

In his remarks, UPC President, Jimmy Akena who was the Chairman of the summit said that despite FDC’s absence at the event, the party was still a member of IPOD. He said their absence was related with FDC’s freedoms of assembly which they say government have curtailed in recent weeks.

Museveni would later slam the FDC for shunning dialogue yet they profess to be democratic. He said that a political entity that absconds from such a dialogue misses out on an opportunity to have its concerns understood better.

FDC President, Patrick Oboi Amuriat in a letter to the IPOD Executive Secretary a week to the summit said there was no adequate time for the participating political parties to exhaustively discuss the thematic areas which formed the agenda of the summit.

He further stated that FDC believed in a Summit “that should ratify the decisions from the different political parties”, but not one “that will spend time in detailed discussions which should be the role of the various party institutions and the IPOD Council”. 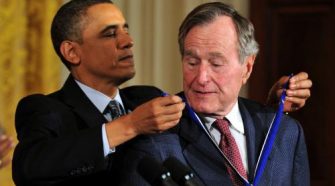