Former FDC President, Mugisha Muntu has in a rare statement come out to say he does not regret having lost the top seat in the elections held by the Party last year. Muntu who had been the FDC leader since 2011 was defeated by former Kumi legislator, Patrick Amuriat in an election that left the party sharply divided.

During the campaigning, a section of people within the party began a campaign to discredit Muntu, some labeling him a mole whose motive was to weaken the party. When he lost, many began to speculate that he was likely to quit FDC and start another political party as it seemed he had lost trust from within.

While speaking in Fort Portal, in Kabarole district on the second day of his nationwide consultative meetings, Muntu said he is glad he lost the Presidency as his five year term had been characterized with “war”.

“When I was leader, there was a war going on but you people at the grassroot level might not know it,” he told a meeting in Fort Portal on Tuesday.

He said that FDC “was a warzone for five years”, adding that “i look back and thank God i didn’t become a Party President again”.

His comments come amid strong resistance from the current FDC leadership disapproving of his ongoing consultations. They say Muntu did not secure permission from the party and thus his meetings are not backed by the leadership.

Muntu used Tuesday’s meeting to rally FDC supporters to be united behind a common cause but hinted on the possibility of him breaking away if that will bring an end to fighting.

He reiterated that even the strongest opposition party (FDC) requires not to only focus on changing government for the sake of it, but rather how it is prepared to cause real change.

“There are two struggles – the struggle for power and how to use that power to change this country. Some say ‘let’s get into power and other things will take care of themselves’. I don’t believe in that. You cannot give what you don’t have,” he said.

While some participants in the meeting appealed to Muntu to form a new party, he insisted he would make a decision once his consultations were complete.

The meeting was attended by party leaders from Kabarole district including FDC Chairperson, Nyakato Rusoke and those from the ruling NRM and Democratic Party. 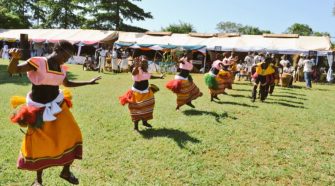