The storm seems not to be settled yet for FUFA President, Eng Moses Magogo for fraudulently selling the 2014 World Cup tickets, now that the petitioner, Allan Ssewanyana has moved to pile pressure on government prosecute him for corruption and fraud.

Ssewanyana petitioned FIFA and the government of Uganda regarding the same on on May 30, 2017.

FIFA allocated 177 tickets to FUFA to be sold to Ugandans but in his petition, Ssewanyana indicated that none of these tickets were sold to Ugandans. He said Magogo violated and breached the FIFA statutes, code of ethics and disciplinary code, under the Articles 13, 18, 19, 20, 21 and 22.

FIFA would later on July 23, 2018 open an investigation into the matter and in a statement on Thursday October 10, the Chairman of the adjudicatory chamber of the independent Ethics Committee said he had ratified the plea bargain entered into by Magogo.

Subsequently, FIFA slapped a Shs 37m fine on Magogo on top of a two-month suspension from taking part in any kind of football-related activity at national and international level.

A plea bargain is an arrangement between prosecutor and defendant whereby the defendant pleads guilty to a lesser charge in exchange for a more lenient sentence or an agreement to drop other charges.

Speaking to this news website on Friday, Ssewanyana who expressed pleasure with FIFA for a ruling he described as “wondering”, said he now wants the Ugandan government to prosecute the FUFA President for fraud and corruption now that he admitted to have fraudulently sold the tickets.

“Fraud is an offence in the Ugandan laws and it has some bit of corruption because if you are to be given money behind the door meant for an institution and this money ends up in your personal pockets, then that is corruption and misuse of office,” Ssewanyana told SoftPower News.

“In 2017, I also petitioned the Director Criminal Investigations on the same matter but she has remained tight-lipped despite me opening up a case against Eng Magogo,” he added.

Government must come out and give its position regarding the decision by FIFA to suspend and punish Magogo since “it contains elements of criminality”, Ssewanyana said.

“We can not allow criminals to walk freely in this country”.

“Now that FIFA has convicted him, it means there is a case and so, on Monday, I together with my lawyers will be heading the office of Director Criminal Investigations to seek the fate of my case,” Ssewanyana said.

At the end of September, Ssewanyana who also doubles as the Makindye West legislator expressed dissatisfaction with the way government was handling the matter.

“Whereas FIFA has progressed in the investigations, local authorities here in Uganda have deliberately remained tight-lipped despite petitioning the CID Director, Grace Akullo in 2017 and the Minister of Education and Sports,” he said.

“I expected Ms Akullo to have concluded the investigations by now and avail the report to the public and subject the suspects to the existing judicial processes, but that has not happened since,” he added. 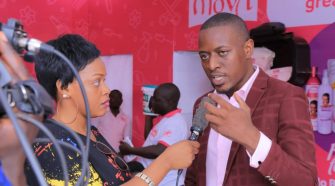