President Yoweri Museveni has reiterated government’s strong will to fight graft stressing the need for thorough investigations, enforcement of prosecution and getting the courts to dispense immediate justice.

With these gaps fixed, Museveni said, it is possible to stamp out corruption.

The President was speaking on Monday while opening the 9th Commonwealth Regional Conference for Heads of Anti-Corruption Agencies in Africa, held at Lake Victoria Serena, Kigo.

The meeting has attracted delegates from 16 African countries.

Museveni argued it is not sustainable for one to be prosperous as a result of amassing wealth when the vast majority continue to live destitute lives.

“Corruption is first an ideological issue. Those who perpetuate corruption do not understand the two problems of humanity; oppression of man by nature and oppression by fellow man,” the President said.

“Therefore, as you steal public resources you must ask, can you as an individual solve these human problems or sustainably remain prosperous when everyone else is poor?” Museveni queried in a statement.

It is not possible, he said, adding “The prosperity of a few cannot be sustainable”.

Museveni says there is need for a collective effort involving the ordinary Ugandans themselves in order to reduce the swindling of public resources.

“The resistance councils or wanainchi, are the victims of corruption and are a good tool to fight the vice. They have nothing to benefit from the corrupt,” he added.

He said that in creating institutions such as Inspectorate of Government, government sought to avert the dangers of corruption but added that the impact of such institutions has since receded.

This is partly because they have been infiltrated, he said.

“That explains why I have to stoke the fire with new watchmen like the Anti-Corruption Unit to watch over the old watchmen”.

“The battle against corruption is winnable, we just have to work together to achieve this,” he said. 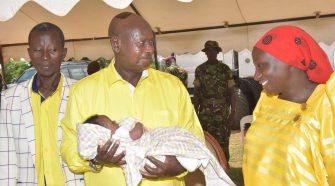