Islamic University in Uganda (IUIU) has suspended 10 students with likely eventual expulsion for their alleged involvement in theft, consumption of alcohol and pregnancy outside marriage.

According to the university which is deeply rooted in Islamic valued, the said offences are punishable by discontinuation from the institution as stipulated in the code of conduct.

The decision to expel the 10 students was reached during the University Disciplinary Committee meeting which sat on April 13. According to a statement issued by the University’s Public Relations Officer, Rehema Kantono, the meeting handled a total of 23 disciplinary cases involving 23 students.

Ten of the 23 cases were recommended for expulsion while 6 cases recommended for a dead year for each of the accused student. Two of the students likely to be expelled from the university are in their final year.

Seven other students were served with warning letters and asked to write apology letters.

“The cases that called for warning letters and hence apology letters included cooking outside the gazetted places, indecent dressing, and breaking door locks,” Kantono said in the statement.

The university clarified that the punishments issued by the Disciplinary Committee are pending the final decision to be reached by the Executive Board, the highest organ of the university on April 26. The same Board handles the appeal cases.

“We therefore urge you to be patient with us and understand the circumstances under which such decisions were made, because this is done to maintain the moral values that IUIU stands for,” the statement adds. 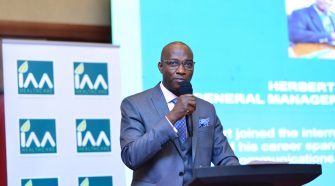