GOMA - Seven civilians were killed in a Saturday night raid by members of the Allied Democratic Forces (ADF), a Ugandan rebel group operating in the east of Democratic Republic of Congo (DRC), army spokesperson in the region told this news website on Monday.

One eyewitness said some of the dead were burnt live in their houses.

Rachidi Tumbula, the spokesperson for the governor of North Kivu said growing insecurity in eastern DRC could affect the upcoming elections in December 23.

Hazukay, who insisted the army responded swiftly, said the attackers also abducted 15 people including 10 children. Residents in North Kivu and Ituri provinces have blamed the army for not doing enough to stop further attacks against unarmed civilians.

Beni in North Kivu is an epicentre of the latest deadly Ebola outbreak. Since August 1, confirmed Ebola death toll by Congolese ministry of health has now reached more than 180.

Human rights groups and WHO have expressed concerns over insecurity which has led the rate of new cases of Ebola to more than double.

Congo, the world’s largest source of cobalt, has for more than 20 years struggled to defeat local and foreign militias in the east, which has deposits of tin, gold and coltan.

ADF has been active in Congo since 1993. 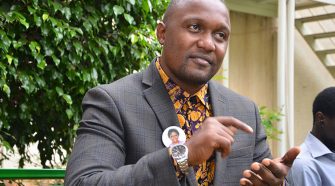