Racheal Ciconco Mbabazi, daughter to former Prime Minister, Amama Mbabazi  has been appointed on the Board of Directors at National Water and Sewerage Corporation (NWSC).

Racheal’s appointment was approved during the Cabinet sitting at State House Entebbe on Monday.

Other members who were approved to be on the Board are Onyiru Sarah, Runge George Muzungyo, and Col Rtd Stephen Mwesigye Basaliza.

Section 7 of the National Water and Sewerage Corporation Act provides that there shall be a board of directors of the corporation consisting of the chairperson, the managing director and seven other directors, one of whom must be the director of the directorate of water development.

The Board is NWSC’s policy making body of the corporation and is mandated to decide the policies and strategies to be followed by the corporation in achieving its objects and carrying out its functions.

It also ensures that the corporation and the managing director perform their functions and exercise their respective powers in a proper, efficient and economical manner, in accordance with the policies and strategies established by the board.

The Act also states that directors, other than the managing director, shall be appointed by the Minister for a period of three years and shall be eligible for reappointment for another term. 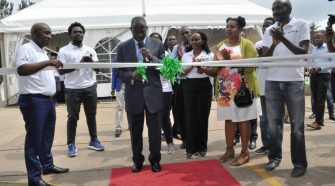 NITA e-Government Expo 2019; Here’s What I Learnt About NSSF e-Services