The Speaker of Parliament, Rebecca Kadaga has demanded the arrest of security personnel who were involved in the torture of people arrested in Arua district as well the subsequent brutality by soldiers against civilians.

Kadaga has written to President Yoweri Museveni stating that failure to apprehend the individuals within security responsible for these rights violations, “it will be very difficult for Parliament to conduct government business”.

At least 5 MPs including Robert Kyagulanyi (Bobi Wine), Gerald Karuhanga, Kassiano Wadri, Paul Mwiru and Francis Zaake were tortured upon their arrest by what they say were men attached to Special Forces Command (SFC), the security unit that guards the President.

Each of these MPs says they were arrested arbitrarily and beaten up even during and after their arrest. As a result, Kyagulanyi can not walk without the support of crutches while MP Zaake has spent a week in Rubaga hospital and can neither walk nor sit.

Other suspects including two women (Night Asara and Abora Jane) and a man identified as Atiku Shaban could not walk either when they were produced in court.

A week after the arrest of MPs in Arua, riots broke out in Kampala in protest of the detention of Bobi Wine which were quelled by Police and the military. Video footage by numerous media outlets showed soldiers using canes to severely batter civilians including journalists.

Now, Speaker Kadaga has come out to condemn the acts of torture, asking the President to ensure the perpetrators are reprimanded.

“Your Excellency, I am concerned that no effort has been made to arrest the security officers from the SFC, military Police and Uganda Police Force who were involved in the violent actions against unarmed civilians,” Kadaga writes in her August 27 letter to President Museveni.

She notes that such acts are a breach of Section 21 (a) and (b) of the Prevention and Prohibition of Torture Act 2012.

“This therefore is to demand that the officers concerned be apprehended at the earliest opportunity and presented in court,” the Speaker says.

“Unless this is done, it will be very difficult to conduct government business in Parliament. The Ugandan Parliament will not condone or acquiesce in acts of torture,” Kadaga further informed the President.

She has however added that equally, Parliament does not condone acts of lawlessness by any leader or member of the public.

Last week, the Chief of Denfece Forces (CDF), Gen David Muhoozi ordered for the arrest of soldiers of the UPDF who beat up journalists and confiscated their equipment during the protests against the detention of Bobi Wine in Kampala.

“UPDF wishes to express its displeasure over such behavior by those individuals and as a result, the CDF has ordered for their arrest and punishment,” the army spokesperson, Brig Richard Karemire said in a statement.

The army also apologized to the victims of the brutality and said that it is still committed to fostering a strong partnership with the media.

During a joint news conference held on Saturday on the state of security in the country, Gen Muhoozi and the Inspector General of Police, Okoth Ochola gave assurance that the recent rights abuses will be duly investigated and the perpetrators reprimanded.

The two security chiefs unanimously condemned violence that has been experienced in the recent past especially in the by-elections recently held.

Besigye: After Medical Care for Arua Suspects, Focus Should be Removal of Museveni 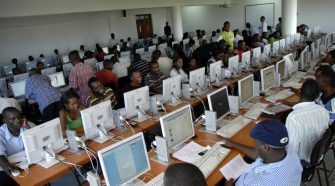