This followed the reduction of his jail term by the General Court Martial of Appeal on Friday morning.

The court chaired by Justice Elly Turyamubona reduced Kitattaâ€™s jail sentence and that of his co-accused and bodyguard, Ngoobi Sowali from 10 years to 3 years.

Upon deducting the period that the duo have been on remand, justice Turyamubona ruled that they would serve only one year and six months.

SoftPower NewsÂ understands that Luzira prison calculated the number of months Kitatta has already spent in prison vis a vis the new ruling, and deduced that he has completed his sentence.

“We found that Kitatta and co-accused completed the one year and six months in July this year and should have been released in July. We have released him, he is at home,” said Frank Baine, the PRO of Uganda Prisons.

Last year, Kitatta and Sowedi were sentenced to 10 years after they were convicted of charges of unlawful possession of fire arms and ammunition

The Appellant Court sitting at Makindye today, however, ruled today that that this sentence by the General court martial was excessive.

The court martial was faulted for handing out the sentence without evidence of the arresting and investigating officers.

The General Court Martial had ruled that these officers were not among the essential witnesses necessary in the prosecution cases.

10 hours ago
News in PicturesPeople 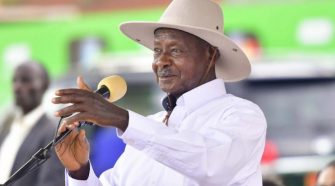