Comedy group ‘Bizonto’ and singer Gerald Kiwewa have been released on Police bond after spending a couple of days in Police detention on charges relating to promoting sectarianism and inciting the public.

They were released on Tuesday having been detained at the Kireka Special Investigations Unit (SIU).

Their lawyer said the group was released shortly after serving police with a court order directing their unconditional release.

The lawyer said that Buganda Road Magistrate, Stella Maris Amabilis wrote to the Inspector General of Police, the Director Criminal Investigations Directorate and Commandant of the Special Investigations Unit ordering for the unconditional release of the comedians and Kiwewa.

They are required to report back to police on July 30.

While appearing on a media interview after their release, the ‘Bizonto’ members said they will not relent on doing their comedy skits. They said that there was nothing wrong with the skit for which they were arrested, but instead blamed some elements who doctored their initial video by adding photos and other features that carry tribal sentiments.

“What we do is not illegal. We have uploaded over 100 videos on our YouTube channel but we have never been arrested. We shall continue to do what we do, only that our uniforms and equipment were confiscated,” they said.

On his part, Gerald Kiwewa said he was arrested and handcuffed from Kawempe by personnel who were driving in a van. Someone had called him a phone call asking that they meet over an offer (to record a political song for one of the politicians).

“They took me to my home and searched my house. They took some notes. They carried some music items like CDs and flash disk,” Kiwewa said on Tuesday.

He says the song ‘Nantaba’ (a duet with Dinah Rukoti) for which he was arrested had nothing to do with Minister Idah Nantaba or MP Francis Zaake and that he has no idea why authorities would penalize him for it.

“The song is about my niece who is named Nantaba. There were things she did that led me to write a song. I had no other motives. I never sang about Idah Nantaba or Francis Zaake. If this case is closed, nothing will stop me from performing my song”.

“Uganda’s constitution explicitly guarantees freedom of expression, and the government has accepted obligations under multiple African and international treaties to respect and protect that right,” the rights watchdog said.

“Arresting comedians for making a satirical video makes a mockery of this important right. And with mere months until general elections, the government should be taking steps to ensure people can freely exercise their rights to free expression, assembly, and opinion, instead of arresting them for it,” HRW added. 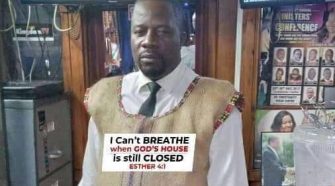