The Constitutional Court has announced that it will deliver that much awaited judgement in the petition filed against the passing by Parliament of the amendments that repealed Presidential age limits from the constitution, on July 26.

It comes three months after the Constitutional court began hearing the petition in the Eastern district of Mbale.

Parliament in December last year passed the Constitution Amendment Bill after a contentious debate that saw the opposition strongly opposed to the amendments. In addition to removing the Presidential age limit of 75, the amendments also increased the term of legislators from 5 to 7 years, as well as that of the President.

As a result a group of people filed a consolidated petition to the Constitutional Court challenging the “illegal” manner in which the amendments were passed.

Hearing of the petition kicked off on April 9, 2018, led by Deputy Chief Justice, Alfonse Owiny-Dollo and ended on April 19.

“Take note that judgement in the consolidated petitions heard in Mbale is now ready for delivery. It will be delivered on the 26th day of July 2018 at 9:30am at Mbale High Court,” reads the letter dated July 13, sent to petitioners by the Court of Appeal registrar.

The letter added: “If no appearance is made on your behalf or somebody by law authorised to act for you, judgment will be delivered in your absence”.

In the course of hearing the petition, numerous individuals including MPs and other public servants appeared before the panel of Judges as witnesses. Among them was Mukono municipality MP, Betty Nambooze, Chief of Defence Forces, Gen David Muhoozi, Secretary to the Treasury, Keith Muhakanizi, Kampala Mayor, Arias Lukwago among others.

Upon the conclusion of the hearing of the case, Deputy Chief Justice asked petitioners and their lawyers to restrain from discussing the matter until the judgement is read out.

“Between now and the judgment, my plea is that leave the court which never invited you here but you came at your own invitation, leave the court to do its work,” Justice Owiny-Dollo said.

He said: “We undertake as we have promised before, we give you individual and collective words that we will deliver our decision on all the matters that have been presented before us, that we will give our word and it’s not far.”

The Justices gave assurance that the judgment “will bear in mind the future generation”.

UCC to Effect Ban on Airtime Scratch Cards on July 31 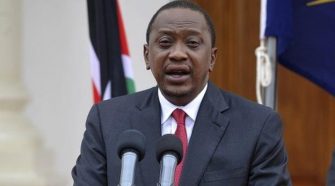