The National Private Educational Institutions Association (NPEIA) has appealed to government to consider supporting private education institutions in payment of salaries for teachers for at least one year.

The leaders of the Association made the call while appearing before the National Economy Committee of Parliament to present a situation report on their sector in the wake of the COVID 19 pandemic.

Kirabira Hasadu, the National Research In-charge who presented the report lamented that the education sector has been one of the most affected by the pandemic and many schools are now drowning in debt arising from rent and salary arrears.

“We are currently out of business and are unable to raise salaries for the teachers and yet as per the professional code of conduct these cant work in other sectors; we therefore appeal to government to consider paying salaries of all the private schools teachers for at least one year,” Kirabira noted.

He as well appealed to government to consider waiving direct tax subscriptions and fees like PAYE, Income Tax and Property rates for a period of three years to enable parents and schools to recover from the economic shock.

Kirabira further said that by time schools closed, about 80 percent of the parents had not cleared their school dues and they would like to be assisted.

According to the Association, COVID-19 has rendered 360,000 members of teaching and non-teaching staff in private schools redundant and potentially jobless of which 59,550 are in KCCA alone.

However, Nakaseke North MP, Syda Bbumba noted that it would be unfair for Private schools owners to make a lot of lamentations yet they charge exorbitant fees and charges to students and are never considerate to the parents.

The legislator said that if private schools want help from government, they should also allow for fees to be regulated.

We are operating in a liberalized economy, we know private schools are charging exorbitant fees, they even charge in dollars, but you arent talking about regulating school fees. If we regulate one side, the other one must be regulated, Bbumba said.

The committee is still receiving a number of witnesses as it continues to study the impact of COVID-19 on the economy. 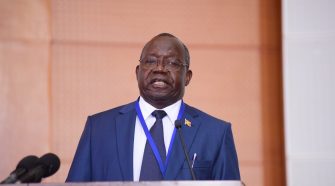