The Ministry of Finance, Planning and Economic Developmet has been accused of delays in the construction of the Standard Guage Railway (SGR).

This was during an interface between Members of Parliment sitting on the Committee of Public Accounts (PAC) and the officials from the Ministry of Works and Transport led by the Permanent Secretary, Bageya Waiswa.

The committee chaired by Soroti Woman MP, Angelina Osege was probing the slow progress of land acquisition for the SGR construction which is behind schedule for two and half years.

According to the Auditor General’s report of 2015/16 financial year, in the districts of Tororo, Butaleja, Namutumba, Luuka, Iganga and Nagongera station with 3,481 project - affected persons for compensation, only 2,023 have been compensated .

Osege expressed worry that the consequences of delaying the Standard Gauge Railway are enormous noting that neighboring countries like Kenya are in advanced stages of completion of the rail.

“This committee is worried about the consequences of delaying this project, the values of compensation will go high, and the cost of the project will definitely shoot high,” Osege said.

However, the project manager of the Standard Gauge Railway, Miriam Kankunda Tumukunde faulted the Ministry of Finance for the delay of compensation of the Project Affected Persons in order for the construction to commence.

She told the committee that the Ministry of Finance did not release the total funds required to compensate land owners although 975km of the route where its supposed to pass is assessed.

She said that the compensation has covered areas from Malaba to Iganga.

“The slow progress in compensations have been occassioned by the delays in the financial releases every financial year,” Tumukunde said.

The committee members insisted that the Ministry of Works and Transport was allocated Shs 538 billion but only Shs 50.8 billion has been used to pay the affected persons. 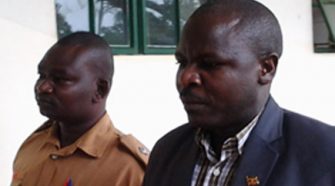