SSP Nixon Agasirwe, who is in detention on accusations of kidnapping two Rwandan citizens, Monday told the General Court Martial that it was him who gave guns to the detained patron of Boda Boda 2010, Abdallah Kitatta with an intention of ensuring his security.

Agasirwe who was testifying as a defence witness for Kitatta, said he was working under the instructions of the former Inspector General of Police, Gen Kale Kayihura.

“I was directed by then IGP Gen Kale Kayihura to give Kitatta protection in form of armed policemen after the infamous Buganda riots [in 2009],” Agasirwe said.

“I ordered the police armoury man to give Sgt Allan Matsiko one AK47 and a pistol and one pistol with 15 ammunitions to Sowali Ngoobi,” he added.

In his testimony, Agasirwe, the former Special Operations Unit boss at the infamous Nalufenya police detention facility in Jinja, said the AK-47 and two pistols and ammunitions were recorded in the armoury book.

He told Court that his job was to protect Kitatta, who “operationally was reporting to Kampala regional police commander and police commanders and occasionally to the IGP.”

Kitatta and the others were arrested in January 2018 in operations by the Chieftaincy of Military Intelligence (CMI) for their alleged involvement in the brutal killing of former Case Hospital accountant, Francis Ekalungar.

It is alleged that Kitatta and his co-accused were found in possession of two pistols (Serial No. UGPOL00753421813 and DEPOIDEAS2008) and a Submachine Gun (SMG) Serial No. UE4467/1998 all of which guns are a monopoly of the defence forces.

In addition, they were discovered to be in possession of 30 rounds of loose ammunition.

They were on Monday remanded to Makindye Military Barracks until March 26, when more defence witnesses are expected to testify.

â€śItâ€™s Wrong for Rwandan Agents to Try to Operate Behind Ugandaâ€? â€“ Museveni Writes to Kagame 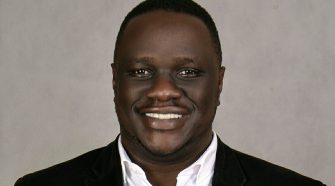