Kabarole district woman MP, Sylvia Rwabwogo has told off members of the public who have been downplaying the motives of her recently convicted stalker, saying that he actually intended to kill her.

Last week, court in Kampala sentenced a 25 year old student to two years of imprisonment after he pleaded guilty of sexually harassing MP Sylvia Rwabwogo. Brian Isiko, 25, was a student at YMCA Kampala.

The legislator who at some point shed tears in court said that Brian has been sending her love messages and that his desire was that the two be together.

“I love you so much and want to protect you. My love is for you alone and since there is no one taking care of you, I will do it,” one of the messages sent by the student to the MP read.

These texts began as early as last year prior to the passing of the controversial Age Limit Amendment Bill.

The boy’s pursuance of the legislator followed an interview by one of the dailies in which the MP revealed that she was still single. When the texts persisted, a worried Sylvia reported the case to Police and they set a trap where the student was arrested.

Last Thursday, Brian pleaded guilty to charges of cyber harassment and offensive communication and was sent to jail for two years.

The case has attracted mixed reactions from the public. A section of the public including feminists criticized the student saying he deserved the jail term since his actions amounted to cyber stalking which is a security threat.

On the other hand, some condemned the female MP for sending a student to prison yet all he did was express his feelings to her. Others asked that the MP forgives the young boy.

Now, the MP has taken to her Facebook saying that there is more that those who are bashing her need to know about the threat she was faced with.

“Before you go on judging me and scolding me, I want to let you know that there’s more than meets the eye in all this saga that has turned out to be a national issue,” MP Sylvia Rwabwogo wrote.

“What most of you regard as mere love messages should know that this was not just love messages,” she said, adding that Brian “was being used by some selfish individuals in a mission to lure me with love and kill me”.

She defended her actions saying there was no need for her to wait for her likely death, which is why she chose to report the matter to authorities. This, according to her, was meant to protect not just her but her family and constituents from horror.

“I endured fear and suffering due to those who sent Brian to trap and kill me”.

“Nebanda was killed in such a way. I didn’t have to wait to be killed, as a precautionary measure I had to seek the solace of authorities to protect myself, my family and constituents from horror”.

She said she has had many people, some younger than Brian, expressing love towards her, but that this particular case raised redflags for her.

The MP appealed to Ugandans to be vigilant at all times so as to avoid “dying like animals”. 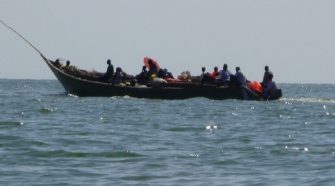