Following the gruesome murder of Joshua Rushegyera Nteyireho and a woman named Merina Tumukunde on Thursday last week, Police has come out to rule out a possibility of murder-suicide, saying preliminary findings point to the fact that two were killed by a third party.

Joshua and Merina were shot and killed while traveling in a black Prado TV Reg No. UAW 543B along Kampala-Entebbe Expressway at Nambigirwa Bridge in Katabi town council in Wakiso District.

According to Police spokesperson, CP Fred Enanga, the Police task team investigating the murder has discovered that the position of the bullet wounds on the heads of the victims does not indicate any possibility of one victim shooting the other before turning the gun on themselves.

“We want to inform you that based on the nature of the injuries the victims sustained, we are at this stage ruling out the case of Murder and Suicide - we are looking at Murder,” said Enanga.

A murderâ€“suicide is an act in which an individual kills one or more people before killing oneself.

“When you look at the bullet injuries Merina got, she got a bullet wound through the right hand side of the neck and it came out from the other side between the mouth and the ear. This means the bullet came through the lower neck in an upward direction. Meaning there was someone probably on the right hand side and that is why our teams are looking at Murder as the cause,” explained the Police mouth piece.

“We are also ruling out the fact that Joshua could have probably shot himself dead. When you look at the entry of the bullet, it came from the left hand side of the head above the ear and it exited from the right side of the cheek. If you are to commit suicide, you donâ€™t carry the gun in that direction, which means from close range, somebody, probably above him, shot him. This is why we are informing you that we are investigating murder and we are looking at the potential of the second or third party being part of this,” he added.

He says the nature and position in which the vehicle was found also points to murder by a second or third party.

“When you look at the vehicle, it was found secured, parked with handbrakes on, the engine was running and the headlamps were on. The vehicle was facing the Entebbe side and of course Joshua waylaid while facing the Kampala side,” explained Enanga.

He reiterates that the police forensic teams are trying to explore the incriminating scientific evidence which they picked from the scene, the vehicle and the examinations they are carrying out on Police officer, PC Devis Taremwa and two of his colleagues arrested to aid investigations.

Taremwa who is said to have been a close friend to late Joshua was a day later on Friday arrested from Hidden Treasure Hotel in Entebbe where he had been deployed to guard after establishing that the AK-47 riffle found in Joshuaâ€™s hand belonged to him (Taremwa).

In his statement, Taremwa said he had been requested by Joshua to escort him to Millennium Hotel in Zana to meet a one Robert Suubi who Joshua was meant to pay some money as part payment for a car - Toyota Landcruiser.

“He (Joshua) was supposed to pay Shs25 m for that vehicle as the first installment. We have managed to review the CCTV footages, the vehicle which was driving the Toyota Landcruiser was captured by our CCTV cameras in Kajjansi and one towards Entebbe,” Enanga told reporters on Monday.

He reiterated that the footage shows that the vehicle carrying the Harrier moved four times along Kajjansi-Entebbe road from around 8-10:30pm, movements the Police cyber experts are reviewing.

He explains that Police has got additional information from all the three hotels mentioned in the statement including Innophine Hotel where Joshua had booked two rooms, Hidden Treasure Hotel and Millennium Hotel.

“We have reconstructed all those areas and our focus now is at what actually transpired along the Entebbe Expressway. There could be a possibility that somebody who is known to Joshua could have asked him to either pick him there or could have told him that he was waiting for him along that point which was more of a static environment at that hour,” said the Police spokesperson.

He asked the public to remain calm and give Police detectives an opportunity to do their best in investigating the matter. 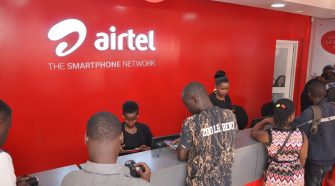