Parliament has summoned the Minister of Finance, Planning and Economic Development, Matia Kasaija to explain the variances in figures in the budget he read to the country and that which was passed by Parliament.

Last week, the Minister read to the entire country, the 2020/21 annual budget of a total of Shs 45.5 trillion following approval of the same budget by Parliament on April 24, 2020.

Rising on a matter of National Importance, Ntenjeru North MP, Amos Lugoloobi who is also the Budget Committee Chairperson noted that there are a lot of inconsistencies between the budget figures that were read by the Minister and those passed by Parliament.

Lugoloobi informed MPs that despite Parliament approving Shs 400bn to expedite payment of arrears owed by government to private sectors firms commencing July, 2020, the Minister in his speech indicated that Shs 673bn had been allocated for this.

Lugoloobi says that there are laws governing the budget process and if government wanted to make any changes they had to first seek the approval of Parliament.

“For increased access to credit at Uganda Development Bank to offer low interest financing to manufacturers, the budget provided for Shs 103bn, however in the speech, the Minister gave a figure of Shs1.45 trillion which is a huge variance,” Lugoloobi noted.

Lugoloobi’s complaint was supported by other members of parliament who sought to have the Minister sent to Parliament’s Rules and Privileges committee to explain himself.

In her ruling, the Speaker of Parliament, Rebecca Kadaga summoned the Minister to appear before Parliament on Wednesday so as to explain the variances in figures on a number of items.

“The gist of the Budget Act was that Parliament was at that time not involved in the budget process and would be surprised on the day of the budget, we have been moving well over the years and that is why we sit very long hours to receive the budget, analyze it and also pass the appropriation act. The Minister is required to come and explain the variances between the appropriation act and the figures he read on the day of budget,” Kadaga ruled. 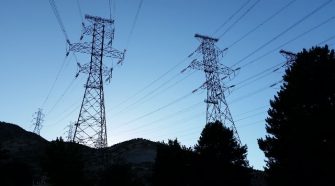