Makindye West Member of Parliament, Allan Ssewanyana, has questioned the manner in which government is handling allegations of illegal sale of 2014 World Cup tickets by FUFA President, Moses Magogo.

In June 2017, ahead of the FUFA elections in August that year, that brought in Magogo, Ssewanyana claimed that Magogo was involved in the illicit trading of 2014 World Cup tickets that were designated for Ugandans, by FIFA for the 2014 World Cup.

He said that the move was a breach of the FIFA statutes, FIFA Code of Ethics and FIFA Disciplinary Code and as such, he petitioned the world’s football governing body, FIFA, CID Director Grace Akullo and the Minister of Education and Sports to lodge investigations into the matter.

The youthful lawmaker wanted the FIFA Ethics and Integrity Committee to have Magogo suspended as FUFA President as investigations go on.

To his surprise, Ssewanyana says to date, he hasn’t received any communication or heard of any statement from both the Directorate of Criminal Investigations and the Education Ministry regarding the matter.

“The World Football governing body allocated 177 tickets to FUFA but not more than 20 tickets were sold to Ugandans. They were sold to foreign nationals Americans to be specific, basing on the overwhelming evidence in my possession. As such, Magogo violated and breached the FIFA statures, code of ethics and disciplinary code, under the articles 13, 18, 19, 20, 21 and 22,” said Ssewanyana while addressing reporters on Monday.

He explained that he is wondering why local authorities in Uganda have remained tight-lipped on the matter yet FIFA has progressed with its investigations.

“I expected Ms Akullo to have concluded the investigations by now and avail the report to the public and subject the suspects to the existing judicial processes, but that has not happened since,” said Ssewanyana.

“The same applies to the Education and Sports Minister Janet Museveni. She has never mentioned any single word, not even showing any interest in the matter I raised. I don’t understand why the silence on her part on this illicit trading of 2014 World Cup tickets that were designated for Ugandans”

“Is she condoning these acts of theft against the people of Uganda?”asked the legislator.

He says Uganda is a State with functioning systems, and that the issue can not only be left to FIFA to conduct investigations.

Meanwhile, over the weekend, Magogo stepped aside for two months to allow FIFA investigate the allegations and wait for the disposal of the case.

He was addressing the 95th FUFA Ordinary Assembly held at the Multi-Purpose Hall in Adjumani, West Nile on Saturday, where he said that his Deputy Justus Mugisha would serve as the FUFA President in the two months. 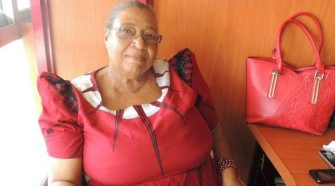