Police in Kampala has commenced investigations into the fire outbreak at Workers’ House that houses the National Social Security Fund (NSSF) head offices in Kampala.

The fire outbreak was reported to have happened on Tuesday evening as workers were planning to retire from the day’s work.

“We have confirmed that a fire started from one car on the 3rd basement of Workers House at 17:05 hrs today. An alarm thereafter went off, we immediately activated our Disaster Management Plan and evacuated the building, the Police Fire Brigade is on the scene and the situation is under control,” noted NSSF Head Marketing and Communication, Barbra Arimi in a statement.

Arimi said that the fire was isolated and contained in a small spot within a few minutes and only three cars have been affected.

Arimi assured the public that the fund has put in place adequate measures as contained in their Disaster Management Plan to address such incidences at all their facilities.

The Kampala Deputy Police Spokesperson, ASP Luke Owesigire told Softpower News that the fire has currently been contained and investigations to establish the exact cause are ongoing.

“No injuries or death are reported so far but it is suspected that the fire started from the basement,” Owesigire said.

“Why Criticize Every Achievement I Make?” Chameleone on New U.S. House

From Bwindi to Sipi Falls, Uganda is Breathtakingly Beautiful - Museveni

14 hours ago
News in Pictures 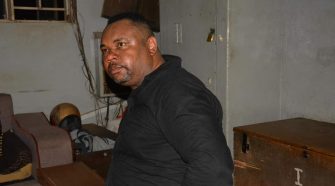