President Yoweri Museveni has condemned Members of Parliament for appropriating Shs 20m to each of them purportedly to help them fight coronavirus, saying the idea that public resources can be put to personal use is unacceptable.

Recently, the Parliamentary Commission allocated Shs 20m to each MP. The funds were part of the Shs 10bn that Parliament allocated itself off the supplementary budget meant to fight Covid-19.

The controversial allocation has sparked a public outcry. Many deemed it selfish and questioned why legislators would be sharing public resources in time of an emergency that has left the vast majority of Ugandans struggling to cope.

Museveni used his national address on Tuesday to castigate Parliament.

“That Shs 20m is bad planning. We had planned a certain way and you come and change. It would be morally reprehensible for MPs to give themselves money for personal use when the country is in such a crisis,” the President said.

He said he has recently met with the Speaker, Rebecca Kadaga and told her that the MPs had got themselves into the trap.

“I told her this money was not supposed to be spent on themselves. I told her ‘Take that money and donate it to the district taskforce where you (MPs) come from’. Apparently, there are local politicians who want to compete with our MPs and want to marginalize them”.

To level the ground for the MPs with their political opponents who are exploiting the current situation to gain political mileage, the President directed the Prime Minister to ensure that MPs are members on the district taskforce so they can play a role in the Covid response.

“So, I told them ‘Go and take the money to the Chief Administrative Officer (CAO). If you take it there, it will limit the damage and people will know you didn’t take the money for yourselves,” Museveni said on Tuesday.

Museveni as well condemned MPs who used the money to purchase food relief, saying they have no mandate to purchase on behalf of government.

“I heard some MPs went and bought things but that’s not good enough. You are not purchasers of government. This is public money, it’s not your money. Who authorized you? You are not the purchasing officer”.

He said that he will write to the Auditor General to carry out an audit into the procurement of this relief by the individual MPs.

“I know many Ugandans are angry but don’t be. This will be sorted out. Even if you have spent the money, you can give it back, because you have a salary”.

Some MPs including Bobi Wine, Jacklet Atuhaire, Mathias Mpuuga and Col Fred Mwesigye have already returned the Shs 20m to the coffers of Parliament.

On Tuesday, the Speaker revealed that this money would be sent to the respective district task force committees. 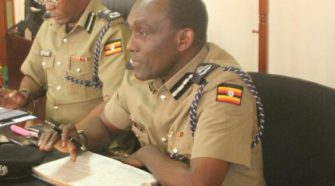