In the hours leading to the gruesome killing of outspoken Police officer, Muhammad Kirumira, he had attended a ceremony and also posted about the supremacy of God.

ASP Muhammad Kirumira was murdered in cold blood by unknown assailants yesterday at 9:00pm (according to Police) as he approached his home in Bulenga, Wakiso district.

Prior to this tragic incident, the officer had spent Saturday afternoon as a guest at an introduction ceremony in Kawuku and had also congratulated new journalists’ body leadership upon winning elections.

On Saturday, the deceased took to his Facebook account in the names of ‘Mwoyo Gwa Gwanga’ at around 6:00pm and posted that: “The Almighty God is above all of us. I wish everybody well.”

We have ascertained that he attended an introduction ceremony of Major Galabuzi Musisi, at Kawuku in Entebbe, the same evening.

“We were with him on my introduction ceremony yesterday at Kawuku,” Maj Galabuzi told SoftPower News, sharing a video footage in which the deceased is part.

In the 53 minute video clip, Kirumira and three other people, are seen joining singer Chris Evans in dancing to his Linda song. At the end, Kirumira and the three people leave the stage but, he is seen coming back and affectionately hugs and dances with Chris Evans.

On receiving the news at 8:24pm, the deceased, described by many as a media darling due to his cordial relationship with journalists, recorded a congratulatory message in his media WhatsApp group, where is called for unity.

“My friends, my brothers, my sisters in the media fraternity, My name is ASP Muhammad Kirumira. I congratulate you upon participating in a healthy, democratic and competitive process of choosing leaders and I congratulate those who made it through and thank those who did not make it for participating,” he said.

“I appeal to those who won to call upon those who were challenged and defeated to work together such that you incorporate the two manifestos and get a solid manifesto which can drive UJA as a unit,” he added.

ASP Kirumira noted that the new leadership is faced with a challenge of enhancing solidarity and block support in regards to the decisions made the association especially concerning violation of their rights.

He is heard while concluding saying that: “Everything will be fine, I am indeed your friend, I have been with the media for a long time and I feel that the victories you register in the media also affect me as your friend. I am Muhammad Mwoyo Gwa Ggwanga, Mwoyo Gwa Ggwanga simply means patriot. I am still around until God says don’t be around and my values and virtues have not changed,” Kirumira added in his last public communication.

His assassination has come three months after the brutal murder of former Arua municipality MP, Ibrahim Abiriga, and earlier late Police Spokesperson Andrew Felix Kaweesi, in the same manner near their homes. 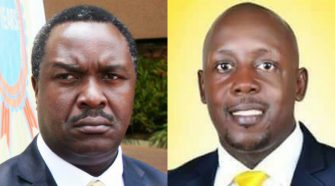