The 2019 annual UPDF anniversary ‘Tarehe Sita’ will be commemorated in Kitgum district.

This was revealed on Saturday by the Chief of Defence Forces (CDF), Gen David Muhoozi. Tarehe Sita is marked every year on February 6.

National Resistance Army (which later became UPDF) launched the first guerrilla attack in 1981 on Kabamba Barracks that culminated into the five-year guerrilla war that eventually brought NRM to power in 1986.

Since then, the UPDF have been commemorating Tarehe Sita which is always preceded by week-long  activities by soldiers to enhance civil-military relations.

On Saturday, the Chief of Defence Forces Gen David Muhoozi was addressing thousands of people at Uganda Martyrs Primary School playground in Kitgum.

He was at attending a wedding reception of Brig Gen Richard Otto, the Commander of 3 Division Infantry Division based in Moroto, who had just tied a note with Ms Deckline Oyo Oguti at Christ the King Parish-Kitgum.

Gen Muhoozi described Brig Otto as one of the unsung heroes because of his tremendous contribution to peace and security in Northern Uganda.

He commended him for being dependable, calm, disciplined and above all professional at work. Such are some of the attributes that have made him a living example to his peers and helped him to achieve success in all missions assigned to him.

Brig Otto was  the last Commander of the AU Joint Task Force against the LRA based in Central African Republic.

Speaking during the church service, the NRM Secretary General, Justine Kasule Lumumba thanked the people of Acholi sub-region for embracing peace and emphasized that it was one of the prerequisites to achieve socio economic transformation.

She also applauded the UPDF for its tremendous sacrifice while providing stability to Uganda and implored all Ugandans to ensure that it is sustained.

The wedding ceremony was also attended by Eng Hillary Onek, the Minister for Relief, Disaster Preparedness and Refugees, Members of Parliament from Acholi and Karamoja sub-regions as well as the UPDF fraternity among others. 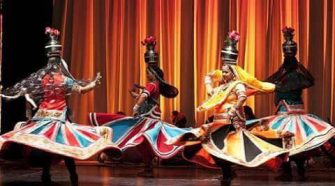