Legendary footballer, Robbie Fowler will tomorrow Thursday arrive in Uganda on a three-day visit in which he will share his football career experience with fans in Uganda.

Robbie is a former England and Liverpool forward who played for Leads United, Manchester City and Liverpool in the English Premier League where he scored more than 370 goals.

The 43-year-old is the sixth-highest goalscorer in the history of the Premier League.

His visit to Uganda is sponsored by Barclays Bank.

The soccer legend will also use his trip to Uganda to interact with customers of the bank as well as conducting a football clinic with underprivileged footballers on the country.

According to the arrangements, Lugogo Mall will be used to host a number of festivities for both the bank’s customers and the general public when interacting with the legend.

Exciting competitions as well as winning different prizes and watching the premier league game will be part of the menu of activities.

According to Barclays Bank’s managing director, Rakesh Jha, the bank is running the ‘Access Campaign’ which gives current and new customers an opportunity to win a VIP ticket experience with Robbie Fowler at the event.

Customers shall also have an opportunity to win a trip to the United Kingdom to watch a live English Premier League match come next year. 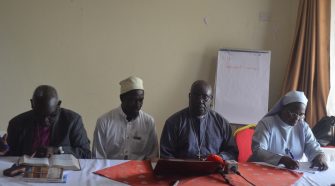