Mbarara municipality councillors have directed the town clerk and technocrats to remove the new designs erected at the Mbarara roundabout which this week sparked public outcry on social media.

Disgruntled Ugandans took to different social media platforms on Tuesday morning when the Mbarara round about was decorated with metallic structures which shielded the cow statue popularly known as “Rusiina”.

Many said the new design undermine the cultural heritage of Ankole which is well represented by the statue of a cow.

On the same day, during a council meeting, Yusuf Kakembo, the councillor representing Kakoba B tabled the motion seeking that the new structures be removed from the roundabout.

In an extraordinary council sitting held Thursday, councillors were furious as to why the executive committee failed to implement the recommendations passed during Tuesday’s meeting regarding the public outcry protesting the new designs.

“Structures should have been removed as you ruled on Tuesday but only two were removed and three are still standing. How can a Speaker rule over an issue and no action is taken? This council must be respected,” Nicodemus Mujuni the councillor Kakoba A Ward submitted.

Councillors said they were not consulted by the physical planning committee to put up the new designs and insisted they should be demolished. 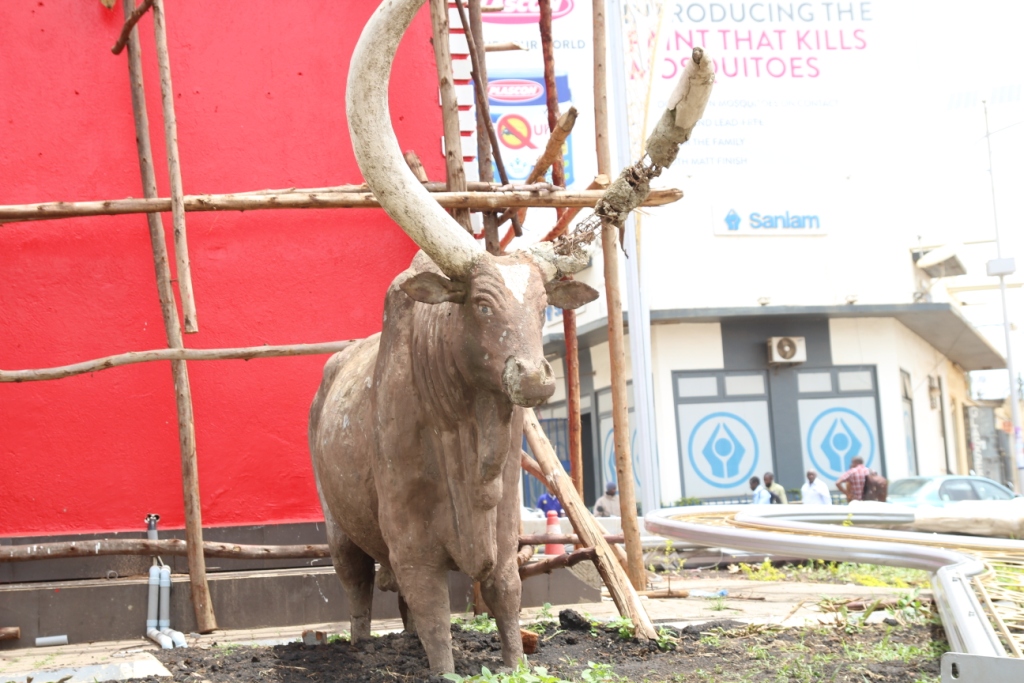 “This should not have been approved by only the physical planning committee. It should have also been brought here in Council. So, our wanainchi (masses) have really shown you that they have power and own this town Mbarara,” Speaker Bonny Tashobya said.

“Hon Speaker, our council recommendations must be implemented because we are representing our people. Going against what we deliberate means we were elected for nothing,” Mujuni said.

The Town Clerk was given an ultimatum of 4 days to remove the metallic structures as well as give an explanation on the value for the tax payers’ money.

“The town clerks we have are all new, so, let’s give them a benefit of doubt to see our resolution implemented. We need a report presented to us; our concern is to demolish them [structures] and then value for money. Is it a contract? All those are the details she is going to find out,” the Speaker said.

In response, the Town Clerk requested for ample time to seek the official replies from the relevant authorities.

“I am a new person in office. Those installations are there and you cannot have one day and turn things like that. I need to be updated,” the Town Clerk said.

She advised the executive members to always consider councillors when deliberating on crucial matters for the people of Mbarara.

“Mr. Speaker, these are representatives of the people, we have to listen to what they are telling us. And more to that, they are the planning authorities for this municipality. If they don’t know something and don’t want it then we sit and harmonize,” she said in her submission.

Councillors also tasked the town clerk to demolish all illegal kiosks in the heart of Mbarara as they had earlier recommended in the previous council.

“We had earlier ruled that all illegal containers and kiosks be removed from this town but this has been a song. We are deliberating on it for the second time,” said Naboth Mugasi, the councillor fot Biharwe Division.

“This town cannot be filled with funny structures when we are preparing to receive a city,” said Naboth Mugasi.

Mayor of the Municipality, Robert Kakyebezi told council that summons were earlier issued and that he awaits technocrats to remove all the illegal structures around town.

“Most of those container owners were served with notices. I think now we are reaching a time of implementation,” said Kakyebezi. 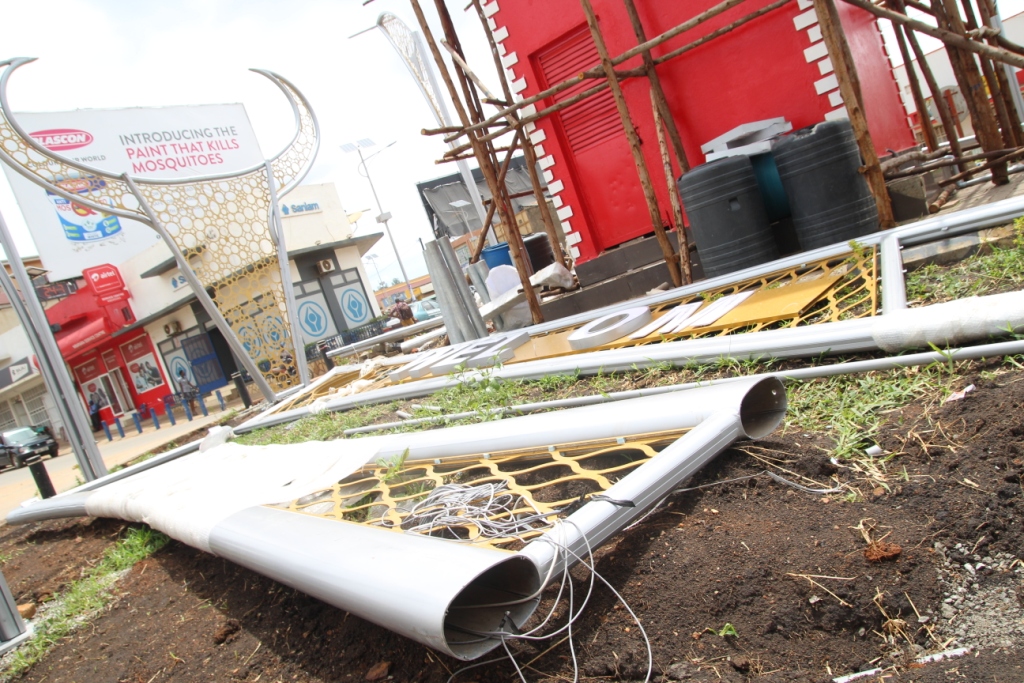 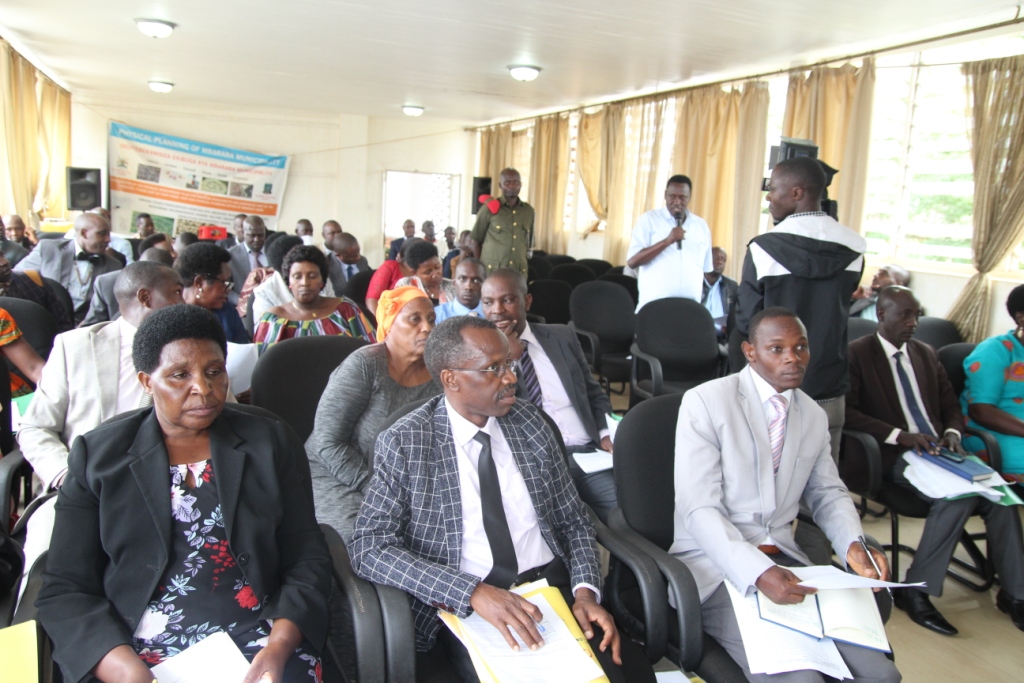