The Ministry of Health has responded to concerns raised by the medical interns regarding the policy on rotation, warning that apprentices cannot dictate terms on how they will be trained.

The interns are among other issues protesting a policy that will see them rotate 6 months in each discipline. They want this to be changed back to 3 months in two disciplines as was the case previously.

But the Permanent Secretary in the Ministry of Health, Dr Diana Atwine said on Monday that the intern doctors are in no position to determine how they will be taught.

“I think the issue of rotation is just a misconception. The rotation of 6 months which the interns are opposing isn’t new. It has been the policy since time immemorial,” Dr Atwine said while responding to questions by reporters.

“It is the same rotation that I was trained through and all our Specialists”.

However, in 2009, this was temporarily changed to three monthly rotation in each of the 4 disciplines as a trial. This was on the assumption that obtaining skills in all the disciplines would enable the medical doctors work in Health Centre IVs comfortably and with confidence.

“Along the way, there was a realization that the short rotation was producing half baked doctors. It is very important that we stick to what will give value,” the Permanent Secretary said.

“I have never seen a student deciding how they are taught or setting their own curriculum. In any case, it was the people that supervise them that decided we should go back to how things used to be”.

In a statement released Monday, the Ministry of Health revealed that many of the doctors deployed to health facilities still require a lot of in-service training to develop confidence.

Dr Olaro Charles, the Director of General Health Services in the Ministry of Health said that the intern supervisors consisting of Senior Consultants, Consultants and Professors and Lecturers from the training universities found a lot of gaps with the three-monthly rotation.

The Supervisors advised the Regulatory Councils and the Ministry that the short period of rotation did not give the interns adequate exposure to learn the practical skills in each of the four disciplines of Surgery, Medicine, Paediatrics, and Obstetrics/Gynecology.

“It turned out that most medical officers that were graduates of this rotational scheme, when posted to HC IVs for example, could not even conduct simple surgical procedures or manage properly some medical conditions”.

The Ministry says the old rotation of 6 months each in a Medical and a Surgical discipline will give interns time to acquire the skills and confidence to manage most of the common conditions in this country - especially in rural health facilities where they do not have specialists to consult immediately.

“There is overwhelming evidence that a medical officer who undergoes a 6-month rotation can work and manage adequately the disease conditions in any part of this country as required by the Ministry of Health”.

The other issue being raised by the medical interns is the low allowances (Shs 780,000) paid to each of them every month. They say this money is not commensurate to the kind of work they do, on top of the fact that they have to pay rent and that this allowance is heavily taxed.

Last week, the executive of the body that brings together medical interns demanded that their allowances be harmonized with those of doctors as per the Public Service salary scale.

But the Ministry says medical interns are not civil servants because they have not been recruited through the formal recruitment system and therefore cannot earn a salary.

On the issue of accommodation, the Ministry says that the number of interns has spiked over the years supplemented by the other new medical schools that have sprung up releasing over 1,000 graduates per year that require internship training.

The Ministry says the hospitals that provide internship training are limited in terms of infrastructure and capacity and are overwhelmed with the numbers that are being released from the Universities.

“To address this, an accommodation allowance has been incorporated into the Monthly allowance given to interns”. 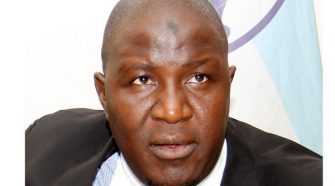