Medical interns have suspended their three week long strike after government disbursed majority of their unpaid allowances and arrears. The decision to call off their strike was announced to the press on Monday.

Robert Lubega, the President of the Uganda Medical Interns told the press at Mulago Hospital that about 85% of the interns have received their pending allowances with the exception of a few hospitals.

Medical interns declared a strike on April 28 this year, decrying non payment of their allowances for the months of March and April.

Subsequently, they withdrew their labour from 29 regional hospitals. Lubega said more than 800 intern doctors would not return to work to provide the much needed services until the allowances amounting to Shs 1.58 billion were paid.

This followed an earlier strike in February where the interns cited failure by government to pay allowances for three months.

By February, out of 970 interns that are spread across 35 health facilities in Uganda, majority had not received their January allowances while a total of 61 had not been paid allowances for a period of three months.

However, this was resolved and the interns resumed their work.

This morning, Lubega said; “The key reason as to why we went for industrial action was because interns were not paid for two months. After our recent engagements with interns at the 35 internship hospitals, we found out that majority of the interns, about 85% have received money on their individual accounts”.

Accordingly, the National Interns Executive Committee has resolved that all medical interns resume their duties effective today, May 21.

Lubega however added that the National Interns Executive Committee will fully support all sides that continue with industrial action for reasons of non payment of allowances among others.

“Those hospitals that have not been paid, if they continue with industrial action, we shall support them, because they can not work on empty stomachs,” he said.

An intern doctor is paid a gross allowance of Shs 960,000 per month which is reduced to Shs 756,000 after taxes. Meagre as this is, they are concerned that government still can not release it in time.

Interns are the first point of contact for patients seeking maternity, casualty and pediatric treatment in public health facilities. In fact, a previous study indicated that 70% of the workforce comprises of intern doctors and Senior House Officers.

Whether Ugandans Want Bobi Wine or ‘Bosco’ Will be Settled in 2021, Says Museveni

Museveni Declares August 29 Public Holiday, to Hold National Prayers for “God to Deliver us from Covid-19” 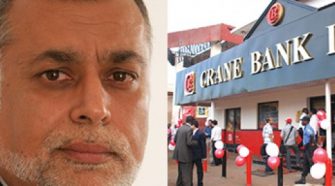