The accusations by the FDC follow Mukula’s regional mobilization and recruitment campaign that has since attracted over 1000 defectors joining the ruling party.

Over the weekend, 471 opposition members who are mostly FDC card holders in Soroti district were received by Mukula including the district Speaker, Stephen Olebe and the FDC former Dakabella county flag bearer, Dr. Geoffrey Egwau.

Hello broke loss when over 500 FDC members of Ajuket village in Kumi district, the home town of the FDC party President, Patrick Amuriat Oboi handed over party cards and crossed to the NRM party. These were led by their Chairperson, Max Okwi and were as well received by Mukula.

These and more defections have prompted the FDC party Spokesperson, Ibrahim Ssemujju Nganda to come out and denounce the said defectors noting that these are not party members but NRM supporters.

“We take note, you have seen Mike Mukula everyday parading people who are holding brand new FDC cards and some wearing T-shirts yet we have not printed T-shirts of recent. We have learnt that Mukula has printed FDC cards from Nkurumah road and T-shirts from Industrial area,” Ssemujju claimed.

The FDC mouth piece alleged that Mukula has turned the ‘so called’ defections into a very lucrative enterprise since he now runs no business.

“This has become his business, everyday there must be people purportedly crossing from FDC to NRM and there after he goes to pick money from Museveni. Some of those Mukula is parading to have quit FDC are known NRM vigilantes,” Ssemujju said.

Ssemujju added that the people that were paraded to have defected in Ajuket village in Kumi district the home town of FDC party president were ferried from Soroti and are not residents of the area.

It should however be noted that since 2006, FDC has been drastically losing ground in Teso region to an extent that todate, the only three FDC Members of Parliament have since not picked nominations from the party and will probably be running as independents in the 2021 general elections.

Mukula said while receiving the defectors over the weekend that, “Teso was the beehive of the political activities of FDC in the country, the region had 16 MPs in 2006, we reduced this number into 6 in 2011, that number further reduced in 2016 to only 3 that Hon. Angelina Osegge, Elijah Okupa and Herbert Ariko, all these three have crossed over and become independent.”

He added that, “There is now a zero presence of FDC in terms of leadership in the entire region because even the former Secretary General Alice Alaso has crossed over to ANT, this tells that FDC is weakening and its facing a more organized NRM.” 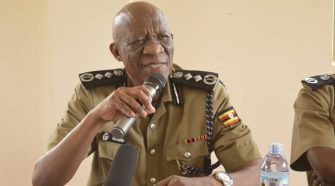