The incumbent Vice Chairperson Eastern region of the National Resistance Party (NRM), Capt. Mike Mukula has refuted claims by his political opponent, Sanjay Tanna, that he (Mukula) is running a racism campaign against him.

In a letter dated August 3 addressed to the NRM Electoral Commission Chairperson, Sanjay alleged that Mukula was racist and sectarian and that he shows an unfair or prejudicial distinction between different categories of people on grounds of race and colour.

Since the allegations came out, Mukula has received a lot of criticism from a section of the public as well as Sanjay’s supporters.

In his response, in a letter received by the NRM EC Chairman on August 10, Capt. Mukula said the complaint against him is “superfluous, out of context, trivial, vexatious, misplaced, erroneous and lacks content.”

Mukula said that the allegation is derived from a figment of falsehoods meant to mar and slur his good image advising Sanjay to stop complaining and steady his campaign.

“I have never been racist or sectarian and cannot and have never sunk that low. My actions are always based on mature, leveled and embracive politics which accommodates the ideas of the NRM and focused on the correct ideological line with clarity,” Mukula said.

The NRM boss said that indeed in the course of campaigning, he has been highlighting the core principles of the National Resistance Movement based on steady progress which are; patriotism, Pan Africanism, Social Economic Transformation and Democracy.

“In my commentary and in my understanding, Pan Africansim is the advocacy of the political union of all indigenous inhabitants of Africa, historically and those in the diaspora. I quoted “African solution to African problems” however, we welcome Foreign Direct Investment (FDI), Industrialists, bilateral and multilateral trade and all our friends who want to help our economy as it increases employment and improves economic growth and taxation that develops Uganda as a nation,” Mukula explains.

Mukula added that on the other hand, racism is the belief that some races are inherently superior to other races; unfair treatment of people often including violence against them including xenophobia because they belong to different races or origins.

He noted that Pan Africanism is not and has never been racism, it is rather about self-determination and should not be confused with racism, the type of which we see in western Europea, the Ku Klux Klan and other parts of the world, thus the slogan “Black Lives Matter”.

Mukula further noted that in his campaigns, the point he has been making is that foreigners should not interfere with the governance of Uganda and be involved in the local politics because that is the country’s political bedroom.

“To the best of my knowledge, this sentiment is consistent with NRM values and the laws of Uganda that state that in order to lead Uganda; one must be a citizen, be of sound mind, above 18 and ought to possess the requisite academic qualifications,” Mukula said.

He added that, “My brother Hon. Sanjay is qualified, he is a citizen of Uganda by Naturalization whose family has chosen to settle in Uganda, above the age of 18 and my remarks should have no bearing on him. He should join in the campaign for national empowerment in pursuance of the NRM ideals and against foreign domination.”

Furthermore, Mukula noted that the only candidate in this election who has spoken about race in this campaign is Sanjay Tanna.

“He should get comfortable and explain to voters what he has to offer if at all he has anything to offer and spend less time talking about his identity. The issue I was raising is on ideology not biology,” Mukula noted. 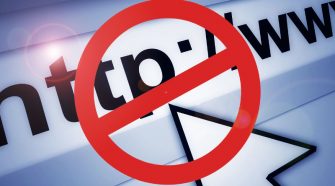 After SoftPower News in 2018, Rwanda Blocks Access to New Vision and Observer Websites