Last week, President Museveni wrote to the Speaker of Parliament rejecting the Bill in totality, noting that the Bill seeks to address no gaps in the current labour laws in the country.

“Pursuant to Article 91(C) of the Constitution, I hereby refuse to ascent to the Bill since there are no gaps in the existing Minimum Advisory Boards and Wages Council Act that the Bill seeks to cure; the current law is adequate and enforceable,” Museveni wrote in the letter to Parliament.

The President further argued that there is still an ongoing study being carried out by the Ministry of Gender on the impact of minimum wage on the country’s economy which cabinet awaits so as to make a final decision.

During the plenary session last week, the Speaker noted that Parliament will take a decision on the Bill since the President has not indicated the areas he wants Parliament to change but has instead rejected the bill in its totality.

Kadaga directed the mover of the Private Member’s Bill, Rwakajara to prepare and return the bill to Parliament so that members take a final decision.

Speaking to Softpower News, Rwakajara said he is ready to retable the Bill in its current form since the President made no suggestions for any changes.

Rwakajara however noted that it is so unfortunate that Minister Mukwaya would write to the President and misadvise him that the current law suffices to address issues of minimum wage in the country.

“Mukwaya wrote to the President on May 28th advising him not to sign the Bill on grounds that there are no gaps in the current Minimum Advisory Boards and Wages Council Act to necessitate a new law. If this is the case, why hasn’t she ever set up a minimum wage for Ugandans,” Rwakajara said.

Rwakajara expressed disappointment in the Minister that she would let Parliament go through all the stages of the bill and was passed without even raising any objection but would later advise the President otherwise.

“Why let Parliament waste time and resources processing a Bill; the President was misadvised but I am ready to push on the Bill with hope that it will finally be passed into law,” Rwakajara said.

The object of the Bill is to set up a minimum wage determination mechanism across different sectors of the economy. 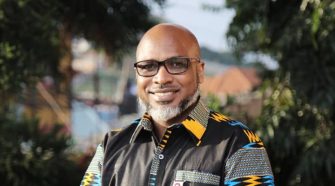