Police is investigating what could have caused multiple fires that broke out and destroyed several property at the residence of the National Resistance Movement (NRM) treasurer, Rose Namayanja Nsereko, in Kasangati on Thursday evening and Friday.

On Thursday at around 10pm, the fire reportedly erupted from the residence and burnt her saloon near the swimming pool a distance of about 20 metres from the main house which was successfully contained.

However, ASP Luke Owoyesigire, the Kampala Metropolitan Deputy Police spokesperson, says another fire emerged a day later on Friday morning from the main house in the sitting room but was put out.

Owoyesigire says that during the course of putting off the second fire in the sitting room, another fire erupted from the boys’ quarters where the house maid sleeps.

“The Police Fire Brigade and rescue services responded and managed to put off the fire,” explained Owoyesigire, adding that investigations are underway.

As such, Police has already already arrested the maid and shamba boy to aid in their investigations.

Our efforts to reach Namayanja for an update were futile since she could not pick her calls.

However, the NRM Secretariat’s communications officer, Rodgers Mulindwa, has told this website that Namayanja, her husband and all the house occupants escaped with no injuries.

“I joined a Winning Team, Let the Game of Blogging Begin” - Ashburg Kato 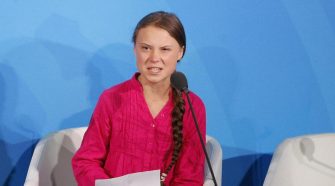