Former President of the FDC, Gen (Rtd) Mugisha Muntu has described the outgoing Leader of Opposition in Parliament, Winfred Kiiza as having been a uniting leader for all political parties including the ruling the ruling NRM.

Muntu said that Kiiza who is also Kasese district Woman MP exemplified boldness and demonstrated “the capacity women have to govern well”.

Kiiza, the first woman to hold the position of Leader of Opposition in Parliament in Uganda was appointed in May of 2016, at the time when Mutu was Forum for Democratic Change (FDC) President.

When the changes were announced, some individuals within the FDC including the others that were dropped described the reshuffle as a deliberate move to reward those who supported his bid against Muntu last year.

In a statement released Thursday, Muntu gave credit to Kiiza for pushing for democracy with distinction.

“Her leadership has without doubt been the most successful when it comes to bringing together members of various political parties, including the ruling party, bold enough to stand for the people,” Muntu said.

“As the first woman to occupy this position post independence, Hon Kiiza has not only demonstrated to Ugandans the capacity women have to govern well, but is also proof that our country is not short of able democratic and people centred leaders”.

Muntu also applauded the other leaders with whom Kiiza served, including Cecilia Ogwal, Abdu Katuntu, Reagan Okumu, Semujju Nganda, Angeline Ossege and P.P Okeen, for their hard work and their contribution towards furthering democracy, justice and the rule of law.

Their actions and under their respective leadership roles, challenged government to serve the nation better, he said.

Winfred Kiiza Says There are Results to Show for Her Leadership 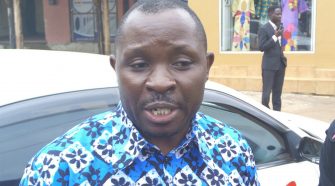