Eng Godfrey Mutabazi, the UCC Executive Director has said that by taxing access to social media platforms also known as over-the-top services (OTTs), “government is being far sighted to the realities of technology evolution”.

In justifying what he termed as “a good tax”, Eng Mutabazi said that the growing demand for social media among internet users has eaten into the traditional voice calls and that in the future, users are likely to rely on social platforms for video and voice calls.

The implication of this, he said, is that the revenue that Uganda has traditionally drawn from telecom companies for voice calls will subsequently be lost as it will now shift to social networking sites such as Facebook, WhatsApp, Messenger which are not locally licensed and are not paying taxes.

“The Communications sector is undergoing changes and we need to think about how OTTs affect us now and in the future,” Mutabazi said in a thread of tweets days ago, adding that “voice calls from telecom providers are on a decline, as OTTs perfect their technology, it will become a natural choice for everyone to make call using OTTs”.

He said that taxation regimes that focus on voice communication as a service have to change and focus on data services and OTTs.

“As everyone embraces OTTs, all revenue streams will end up in Silicon Valley. OTT companies are generating huge revenue streams from advertising based on user numbers,” he noted.

Effective July 1 this year, government implemented a new law requiring anybody in Uganda seeking to access social media (OTTs) to pay a daily (12 hours) fee of Shs 200. But many internet users have since said the tax is unfair, inconveniencing and could kill businesses that thrive on social media.

Despite the recent reviews made in the taxes on Mobile Money transactions, government maintains that the tax before one accesses social media remains unaltered. However, the debate should be on how to eliminate the inconveniences that surround he mode of paying the tax.

While critics of this tax have questioned why government does not instead tax these tech companies that provide OTTs, Mutabazi says that Uganda has not gained the critical mass to attract them. On the other hand, he said that the alternative of blocking OTTs like in some Middle East jurisdictions is “inconceivable”.

“Does that mean we lose out entirely? We pay taxes on beer, whisky, fuel and cigarettes. Is it impossible on OTT services?” the UCC Executive Director asked.

In order for Uganda to raise a critical mass for internet usage, he said that “we will have to increase access to the internet through the National Backbone Infrastructure (NBI) to bring down cost of access and encourage consumption”.

“Support OTT tax. It is a good tax and the government is being far sighted to the realities of technology evolution. Nobody is limited to access and usage of the internet where infrastructure allows,” Mutabazi said. 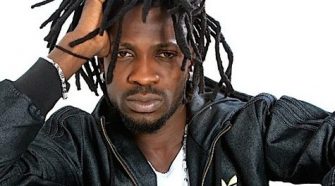