The ruling National Resistance Movement (NRM) has secured victory in the just concluded by-election in Sheema North county in Sheema district after the NRM candidate, Naome Kibaaju was declared the MP-elect.

Kibaaju was declared the duly elected Member of Parliament for Sheema North on Monday night after an election on the same day.

The results were announced by Deborah Asiimwe, the Sheema district Electoral Commission returning officer at 8:45pm on Monday.

NRM issued a statement saying it had reclaimed the constituency.

The party, Secretary General, Justine Kasule Lumumba congratulated Naome Kibaaju upon the victory as well as the electorate for what she termed as “earning NRM a sweet Independence gift”.

On Sunday, President Yoweri Museveni, the NRM National Chairman had spent the entire day in Sheema north constituency campaigning for Kibaaju. The President urged voters to sustain the gains of the NRM government by electing an NRM candidate. 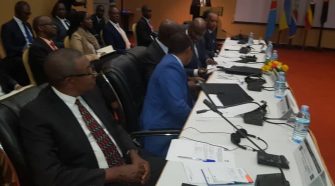