Members of Parliament sitting on the committee of Legal and Parliamentary Affairs were Thursday irked after the Executive Council of the Uganda Law Society (ULS) led by President Simon Peter Kinobe sent a group of low level officials including interns to appear before the committee.

The team of four members led by Counsel Gawaya Tegule had appeared before the committee to present ULS views on the Law Revision (Penalties in Criminal matters) Miscellaneous (Amendment) bill, 2015.

During the introductions, it was found out that the team comprised of two interns which angered some of the legislators sitting on the committee.

They said they were uncomfortable proceeding with a meeting without any member of USL Executive Council.

Bugweri County MP, Abdu Katuntu who moved a motion to dismiss the witnesses from the committee said that it is absurd that the ULS President had not treated the committee proceedings with the seriousness it deserved.

“We do expect official stakeholders to appear before us representing the lawyers of this country. Interns should not be presenting views of ULS; we want ULS to treat this process seriously, this committee is composed of very senior members of ULS,” Katuntu said.

“I get offended as a senior ULS member, I am not sure to what extent are the views we are getting will represent the views of the learned fellows of this country,” he added.

Katuntu noted that ULS appearing before the committee should not be treated as a favour to Parliament but rather with then understanding that they (ULS) have a statutory obligation of advising the country on legal matters.

Whereas the Bugweri county MP observed that he doesn’t doubt the competences of the witnesses to deliver, he was disturbed that they are not the people supposed to appear since the official spokesperson of the ULS is the President and the council members.

Tegule appreciated the concerns raised by committee members and conceded that it would be in order to resolve the procedural matters raised hence requesting to be allowed to appear any other time.

“We concede and we shall go back to ULS and report the concerns of Parliament for necessary attention. Indeed our number could be small and the members could have concerns that might require engagement at a higher level, we apologise for the perceived disrespect to this committee,” Tegule said.

The committee Chairperson, Jacob Oboth Oboth asked the delegation to table the signed document before the committee noting that the members will look into it and will take a decision on whether they invite ULS back to the committee.

Stella Nyanzi Sentenced to 18 Months in Prison, Strips Off Before Court 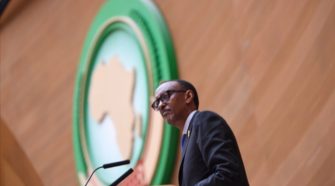