The Speaker of Parliament, Rebecca Kadaga has deferred the debate on a motion to introduce a private member’s Bill titled the Religious Organizations Bill, 2019 after there was no quorum to take a vote on the motion.

The motion was moved by Manjiya county MP, John Baptist Nambeshe and seeks to provide a legal framework for registration, regulation and management of religious organizations in the country.

Nambeshe said that the Bill seeks to harmonize several regulations against the religious practices and activities in the country without contradicting with one’s freedom of worship.

“There is need to consolidate, amalgamate and modernize the law relating to the establishment and management of all religious institutions in Uganda as well as the need to bring it in line with current trends,” Nambeshe said.

He noted that, “The object of the bill is to consolidate, the laws under which religious organisations are registered to ensure that they are registered under one body.”

However, the motion received mixed reactions from different members of Parliament most of whom were against the motion to grant him leave to introduce the Bill.

Arua Municipality MP, Kasiano Wadri objected to the motion noting that the Roman Catholic Church in Uganda can’t allow to be subjected to any form of registration.

Buvuma Woman MP, Janipher Nantume said that setting up a bureau to have the churches registered under one body would be a duplication of the work of several agencies that are doing similar work.

“Religion is a matter of faith and calling from God, we can not sit here and constitute ourselves into a bureau that would act as a small god to regulate religious activities,” Nantume said.

On his part Kira Municipality MP, Ibrahim Ssemujju Nganda who termed the Bill as “Satanic” noted that he could not support a motion that would introduce a Bill only to disband the Muslim faith.

“As a House, we must be very cautious, let us not abuse our own rules. If the rules allow you to present private Bill, you shouldn’t present one that seeks to abolish Parliament simply because you have the right”.

However, Chua West MP, Philip Okin Ojara noted that Nambeshe would be allowed to introduce a Bill that protects masses against false and fake beliefs and denominations.

The debate raised a lot of emotions among legislators which prompted the Speaker to call for a motion to be passed but members were undecided as they continued shouting ‘NO’ and ‘YES’ to the motion.

The Speaker called for a vote by show of hands but this failed as the House lacked the required quorum, forcing her to defer the debate.

He Proposed to Her in L.Mburo Park as Giraffes Watched; It’s the Most Beautiful Thing You’ll See

Laxity May Lead to Deaths, Museveni Warns Against Complacency in Covid-19 Fight

Nkurunziza Has Prepared Burundi For A future Without Him, Says Ugandan Pastor Kayanja 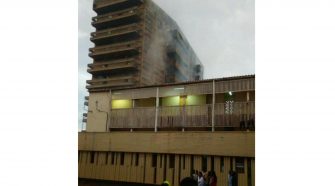