Ahead of the annual Uganda Manufacturers’ Association (UMA) Trade Fair set to kick off on October 2, Police has given assurance that adequate security will be provided for all the exhibitors.

At least 102 exhibitors have registered for the 27th trade fair scheduled to take place between October 2 and 10 at the UMA show grounds in Lugogo.

This was disclosed by the Executive Director Uganda Manufacturers Association Daniel Birungi during a media briefing at UMA.

The RPC for Kampala Metropolitan Police, SSP Michael Musani Sabila has assured the public of security from all security agencies.

“We are prepared to police the trade fair, last year we did better and this year we shall do it excellently; we shall do a joint deployment of all security agents and all people shall be safe,” Musani said.

Meanwhile, Birungi revealed that 33 foreign exhibitors are expected to participate in this Trade fair and some of the countries include Tanzania, Turkey, Kenya, Malaysia, Indonesia, Pakistan, South Africa, United Kingdom, Russia, and United States of America among others.

This year’s fair will be held under the theme; “Enhancing value addition through industrialization”.

Birungi said that this theme comes at a time when Uganda is in urgent need to grow her economy and realizing the Vision 2020 of attaining Middle Income Status.

He said that there will be business training from 2nd to 5th October in topics which include commercial piggery, poultry, cattle keeping, commercial coffee farming, Banana production, Sacco saving groups, planning for retirement among others.

“We have tried to extend the opportunities for trade fair including education and entertainment.”

I Quit FDC Due to Endless Fights, not Because I Lost Presidency - Muntu

Muntu: I Last Met Museveni in 2004, Time Will Tell the Real Moles 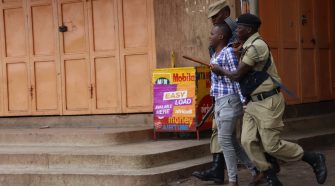