Police says joint security teams from the Uganda Police and UPDF have so far retrieved 9 burnt bodies from the scene in Rubirizi district where a fuel tanker exploded into flames after ramming into several other vehicles on Sunday evening.

The incident happened at around 4pm at Kyambura trading centre when the tanker truck carrying fuel from Mbarara lost control and rammed into two commuter taxis and a saloon car before exploding into flames killing several people instantly.

Three smaller secondary explosions from the parked vehicles followed causing the stream of liquid fire from the fuel to burn more than 20 small shops in a stretch of 30m away.

In a statement by Police spokesperson, CP Fred Enanga, firefighting teams from Bushenyi and Kasese districts would later be despatched and prevented fire from spreading further.

“The four motor vehicles were severely burnt a d damaged,” Police says adding that the bodies have since been ferried to Lugazi Health Centre.

“The joint security teams from the Police and UPDF have cordoned off the area. So far, 9 burnt bodies have been retrieved from the scene and transported to Lugazi Health Centre for further post mortem analysis and DNA profiling,” says Enanga in a statement.

“Another body was still trapped beneath the tanker truck and could not be retrieved due to the cover of darkness,” he adds.

The scene remained closed overnight and the operation continued till today Monday morning, to search for more bodies and establish the number of victims injured since they were rushed to different Health facilities and also establish the cause of the accident. By Press time, Police had not yet realised a follow up statement.

As such, Enanga says relatives who could have lost their loved ones should visit the Health centre and avail samples for DNA profiling, better identification and matching of the deceased persons. 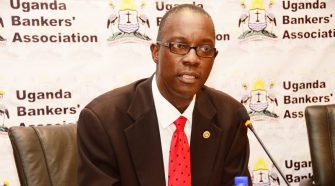