Police in Kampala is searching for Cathy Agaba, a medical doctor at International Hospital Kampala (IHK) who was reported missing on Sunday April 13.

According to Kampala Metropolitan Police Spokesperson, Patrick Onyango, Agaba’s brother and boyfriend realized that she was missing after taking three days of attempting to access her on phone with no success.

It was from there that they reported her disappearance at Kabalagala Police Station in Kampala, on the night of Tuesday April 16.

“The O.C CID Kabalagala Police Station immediately led a team of detectives to her apartments in Muyenga and recorded statements from possible witnesses and took note of the house setting,” Onyango told SoftPower News on Thursday.

“We are investigating the case and we have a very good lead. We appeal to the family members not to panic but to be calm as we investigate this case,” he added.

Onyango further appealed to members of the public who have any information that can lead them (Police) to her recovery to pass it in confidence to the nearest Police station or Kabalagala Police Station. 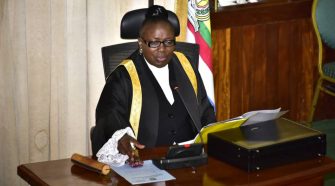