TV host, Sheilah Gashumba has taken to social media to lament about a security officer who spoiled the day for her yesterday, but unexpectedly, she was bashed for it.

Gashumba was bitter about a UPDF officer at the rank of Sergeant whom she encountered at Garden City and made attempts to engage her in a conversation only to later make ‘harshā remarks against her dress code.

“So this army guy at Garden City, instead of fixing the security in Uganda, he is busy telling me what cloths I should wear in Uganda on a Saturday. How pathetic,” Sheilah wrote on her Facebook on Saturday.

According to Sheilah Gashumba, the UPDF officer made arrest threats to her simply because of how she was dressing.

“A UPDF soldier walks up to me trying to have a conversation with me, asking me my name and where I work from and because I donāt give him my attention, he starts telling me how he can arrest me for wearing a skirt,” the NTV host narrated.

It is not known at least to her followers what kind of skirt she was wearing that got her on the receiving end of confrontation from the soldier.

Regardless, she didnāt take it well.

“Who deployed UPDF to enforce fashion standards?” she wondered.

But her post prompted debate on the issue of decency in dress code and rape, with majority of comments attacking Sheila for ‘dressing indecentlyā in public which could have provoked the soldierās remarks.

Many opined that by ladies dressing in suggestive and skimpy attire, it makes them potential targets of sexual abuse, particularly rape. Instead of ranting about the comments made by the soldier, they instead advised that Sheilah draws lessons on dressing decently. Others insisted she shares a photo of how she was dressed before they could give their opinion.

“Young girl, donāt think yo smarter than an elder who was correcting you. Security should begin with you, dress decently, that will decrease on cases of rape. Lower your pride and listen,” one of the comments made by a female on the post read.

Others wondered why Sheilah behaved as though she was beyond the level of being advised.

Sergeant Edimon Baluku, the soldier in question was also prompted to comment, accusing Sheila of being ‘nakedā. He said he was prompted to ask her where she works simply because she looked like a prostitute.

“Ladies and gentlemen to be sure, this girl was totally naked. Me to aproach her, I didnāt even know that she is the so called Sheila,” the UPDF soldier said.

He went on to say that had he recognized that the lady she spoke with was Sheilah Gashumba, he would have arrested her.

“First of all, as you know Garden City is a busy place. Parents do come with their children for shopping, it gives bad image the way you looked like with your bu tooth pick legs mbu celeb,” he commented.

According to the Sergeant, Sheilahās dress code could provoke rape thus his action was to protect the celebrity.

The debate on mini skirts in Uganda has been contentious for a long time, with mixed sentiment, some advocating for rights on dress code while others blaming skimpy attire to some of the sexual crimes.

In 2014, shortly after Parliament passed the Anti-Pornography Bill which broadly defined pornography as “any representation of the sexual parts of a person for primarily sexual excitement”, subsequently banning wearing of attire that goes beyond the knees for women, several women were violently stripped naked. 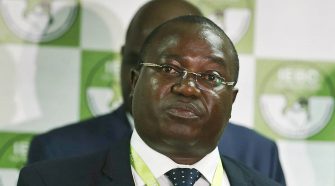