In commemoration of the International Women’s Day celebration, Reach a Hand Uganda (RAHU) held the inaugural Girls’ Festival which brought together stakeholders involved in efforts towards girls’ empowerment in Uganda including students and musicians.

The festival which was characterized by engaging games, entertainment, sexual reproductive health sessions, free medical tests, free male circumcision, sessions on good nutrition and various other services was held at the Lugogo Hockey Grounds in Kampala.

It was attended by youths, school going students, artistes, women leaders, partners, policy makers and gender equality advocates to celebrate girl and women empowerment under the theme, “Gains from Equality”.

Speaking at the Festival, Humphrey Nabimanya the Founder and Team Leader of RAHU commended the attendees for the positive strides made towards women and girl empowerment.

“I thank each of you for standing with us as we celebrate key milestones achieved in empowering young women and girls. We must continue to champion gender equality, both as an objective and a driver of sustainable development,” Nabimanya said.

“A lot has been done and achieved in the movement to empower women and girls. We have seen, overtime, that investing in girls and women has seen transformational changes, not just in their own lives but for their families, communities and the economy. Gender equality should remain our shared value and common goal in all areas,” he added.

He further emphasized that, in the light of these achievements, there is still a need to do more for Women and girl empowerment.

Nabimanya said the festival sought to stimulate the much needed discussion on gender issues and that it should serve as a reminder that “we need to take a holistic approach to women and girl empowerment”, including preventing violence against women and girls, protecting their sexual and reproductive health rights, improving girls’ access to education and enabling women to participate in political processes.

The Girls’ Festival provided a platform for partners to share their interventions, good practices and successes emerging from their work on gender equality. They exhibited products and services, discussing key topics like Gender Based Violence, Self Defence, Life skills, and male involvement in women empowerment.

They shared the stage with international artistes like Micheal Franti (U.S) and SWrap.

Some of the performances were on a live band while in other cases, musicians sang over the tracks by the Djs who included Twonjex and Carol. Earlier, a rock band from Colorado, U.S treated the youthful crowd to a groovy session of soft rock.

Most of the entertainers occasionally made mention of the girl power, but Kenzo made a specific appeal to the so-called slay queens who pursue quick money. He advised girls to desist from taking shortcuts in pursuit of money and instead complete their education and get jobs.

The presenting sponsor of the Girls’ Festival was the AIDS Healthcare Foundation. Other sponsors and partners included Arrow Electronics, U.S. Embassy in Uganda, Rotary International, Bohemian Foundation, Bridge of Life, Women Deliver, Sunlight, AFRIpads among others. 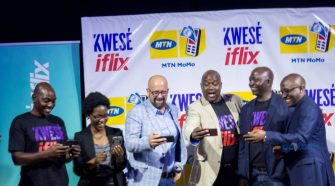