Now leaders of the two administrative units are protesting the action of the minister.

Benon Kwesigabo, the Chairperson LC III Itojo Sub-county and acting Mayor Nyamukana Town Council says they are petitioning parliament against the decision of relocating the two areas to Ruhaama East whose headquarters will be in Rukoni Sub County compared to Ruhaama which has headquarters at Nyarutuntu Sub County.

Denis Muhumuza Savimbi, the District councillor Itojo Sub County, says when they moved from Mbarara District to Ntungamo, they wanted services closer and shifting them to Ruhaama East is not unacceptable.

Adens Ntare Rutaro, a resident of Nyamukana, says that they were surprised to find out that the boundaries were altered by selfish individuals who opposed the district council resolution.

He says the district is given the mandate by the constitution to make such resolutions noting that he is against the new demarcation.

Ruhaama County Member of Parliament, Moses Kahima Mugabe, says he was surprised by the resolution and received numerous complaints from the area residents.

However, Denis Singahache, the LCV Chairperson, says that the district council set the boundaries and submitted the report to the Minister of Local Government.

Magyezi, says they have received the complaint from the district leaders which will be discussed. 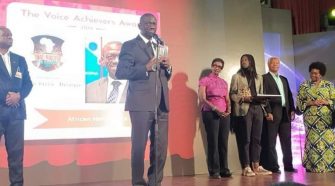