A majority of industries in Uganda are heavily reliant on firewood and charcoal as their source of energy, posing a major environmental threat in the near future, a new study has shown.

Findings by Centre for Development Alternatives and Konrad Adenauer Stiftung (KAS) indicates that biomass alone contributes about 83% of the industry sector energy consumption.

This was revealed Monday by Max Walter, the Executive Director of Centre for Development Alternatives while releasing the report at Sheraton Kampala Hotel. The study examines the role of energy as a driver and shaper of economic transformation in Uganda.

The report titled ‘Reality Check: Powering Uganda’s Transformation’ indicates that woodfuel, which is extracted from cut down trees, is the commonest source of energy for these industries. Generally, biomass is the biggest source of energy accounting for almost 90% of all the energy consumed in the country.

The second source of energy is petroleum products (at 12%) and electricity (5%).

“We are massively reliant on our forests which is a problem. It is bad for the environment but also for the economy,” Walter said on Monday.

“It is striking that artisanal brick making accounts for about two thirds of all wood fuel consumption by firms. Education institutions (mostly primary schools and secondary schools) are distant but unrivalled second,” the report states.

Recently, Kenya passed a stringent law which discourages the cutting down of trees, and the immediate effect was the importation of firewood and charcoal from Uganda, pushing the efforts on afforestation further to the edge.

Findings by Centre for Development Alternatives and KAS reveal that wood fuel is mainly sourced from privately owned forests (47%) which unfortunately are not replenished since their clearance is to make space for other activities like farming and construction.

With the current trends in the consumption of firewood, coupled with Uganda’s fast rising population, findings from the study show that demand is likely to outstrip supplies in the near future unless quick interventions are undertaken.

The report recommends introduction of energy efficient devices and practices as well as substitution of wood in the two sectors (industry and education). Among them is switching to alternative fuels for process heating and cooking by industries such as the use of briquettes.

Parliament Amends Mobile Money Tax from 1% to 0.5% on Only Withdraws 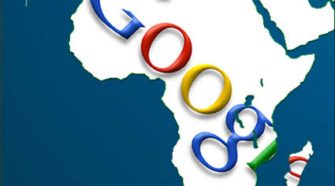